US house prices, on average, have been rising at a rapid pace, with growth being about 30% during the period 2020-2022 alone. Considering the inflation and recession fears already in place, the rising housing prices just add to the discontent of the US citizens.

Yet, after the Federal Reserve began to raise the target range for the federal funds rate in an attempt to bring decade-high inflation in the country back under control, fixed 30-year mortgage rates have also surged from around 3% in late 2021 to over 7% in October 2022.

Against this backdrop, TradingPedia’s editorial team decided to research the US housing market to determine the states with the lowest average home prices in 2022 and the states where mortgage payments consume the smallest part of the average household’s income. 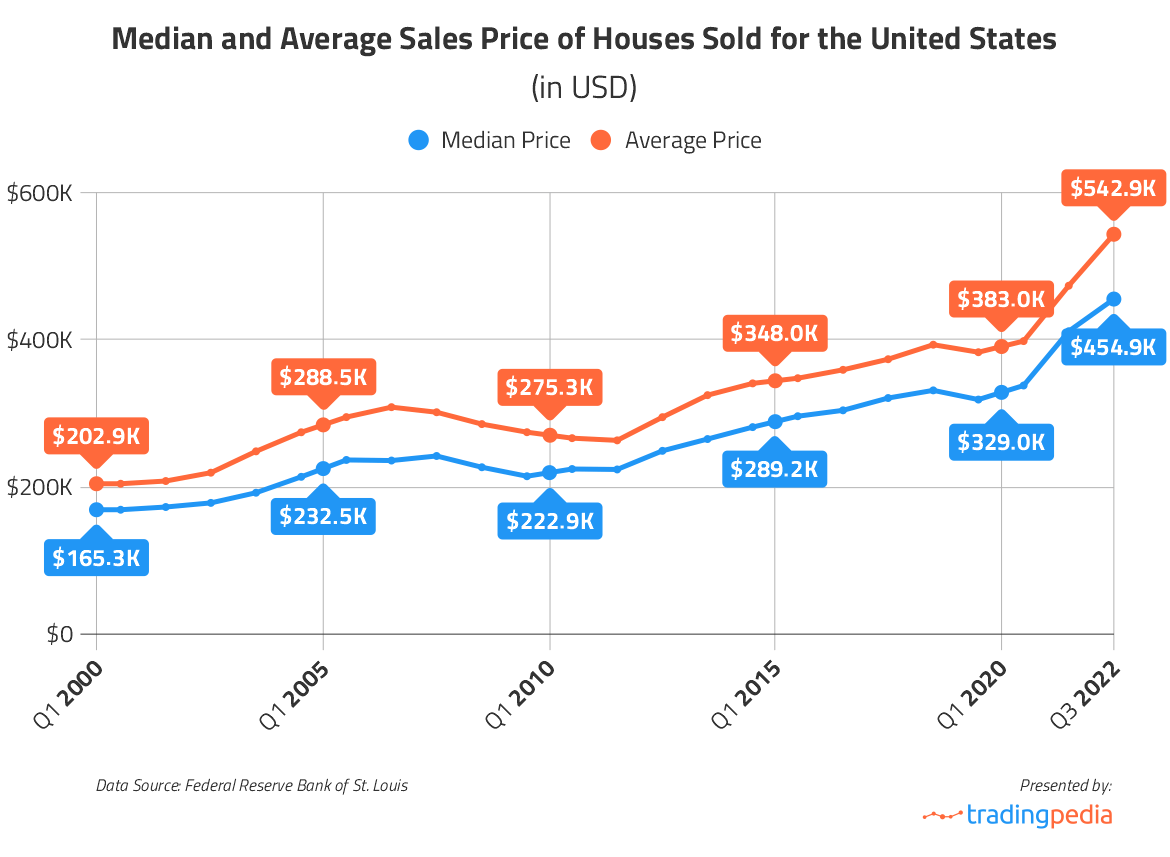 What does this mean for consumers in terms of affordability?

“According to the latest data from the US Census Bureau, the median annual household income across the country was $70,784 in 2021. Taking into account the typical home value, the current national 30-year fixed mortgage rate (7.32%) and the above median income, average mortgage payments per year would account for about 51.9% of a consumer’s income. It is not quite in line with the so-called 28/36 rule, according to which, a household’s mortgage payment should not exceed 28% of its pre-tax income and 36% of its total debt.”

The median household income and the typical home value will vary depending on the state. The following table presents the median annual income in all 50 states as well as in the District of Columbia for 2021. 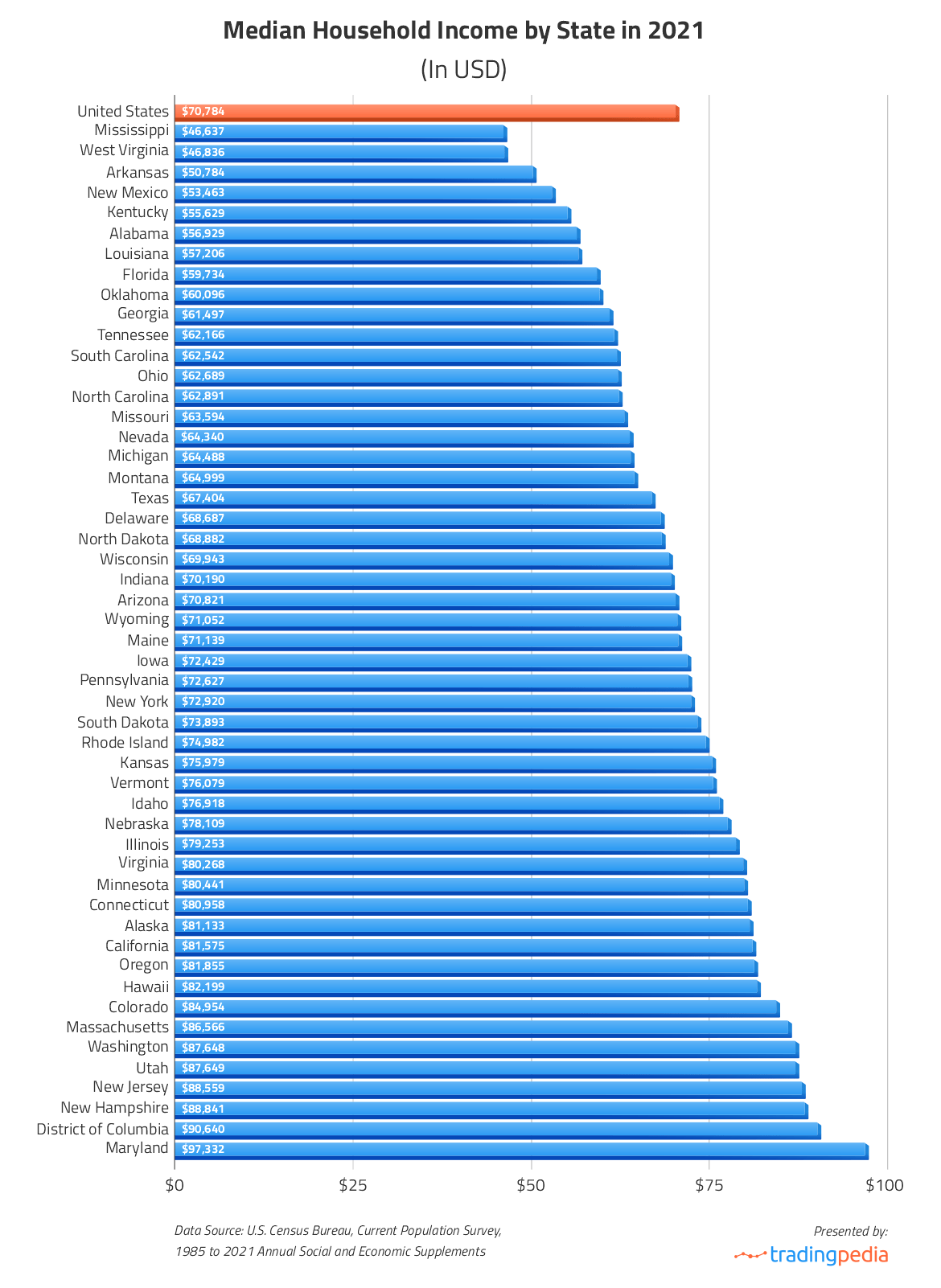 For each state, we then present the typical price of a single-family house by using the latest Zillow data, the average mortgage rate as of October 2022 and finally, the relation between average annual mortgage payment and median annual income. 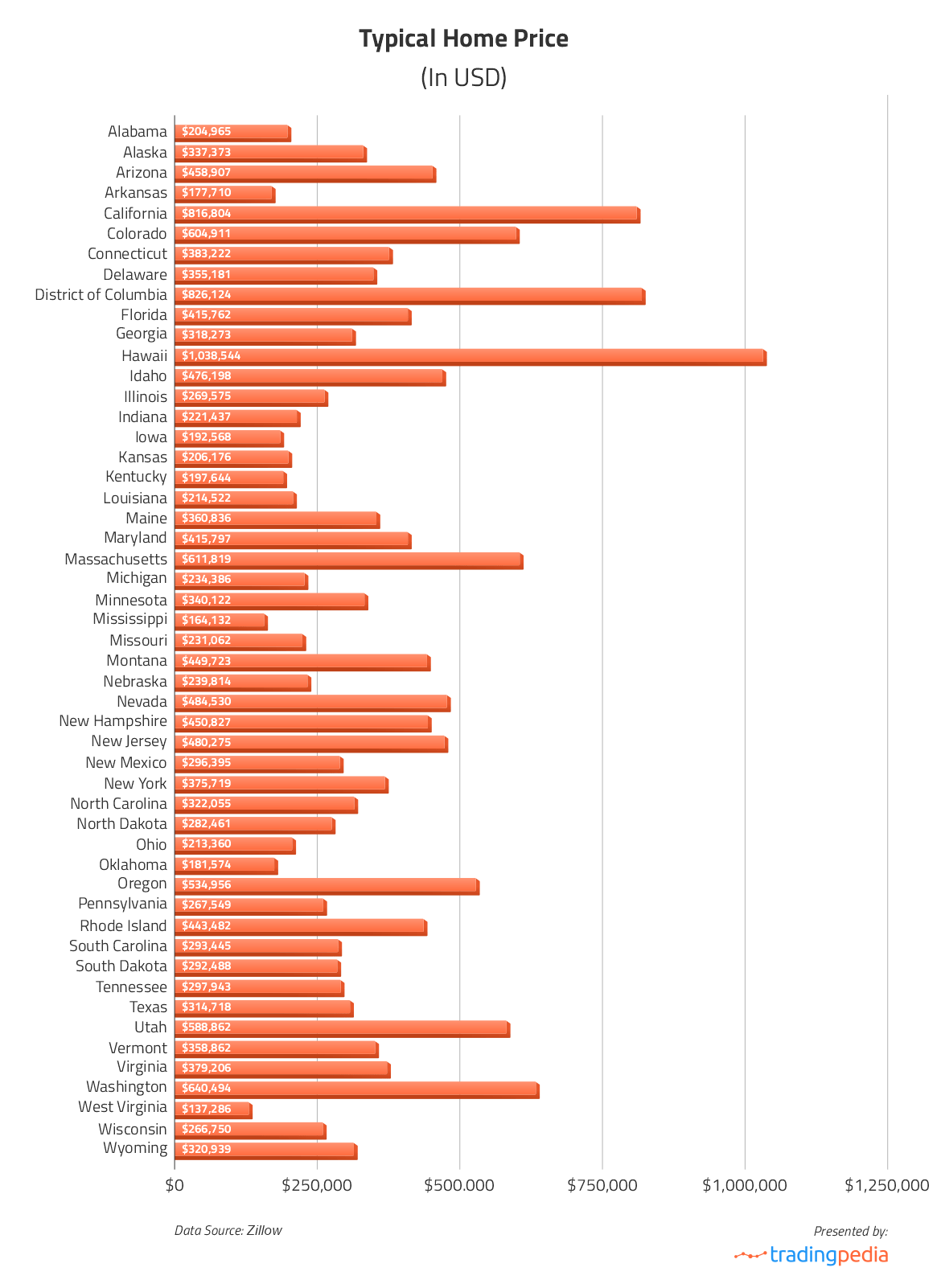 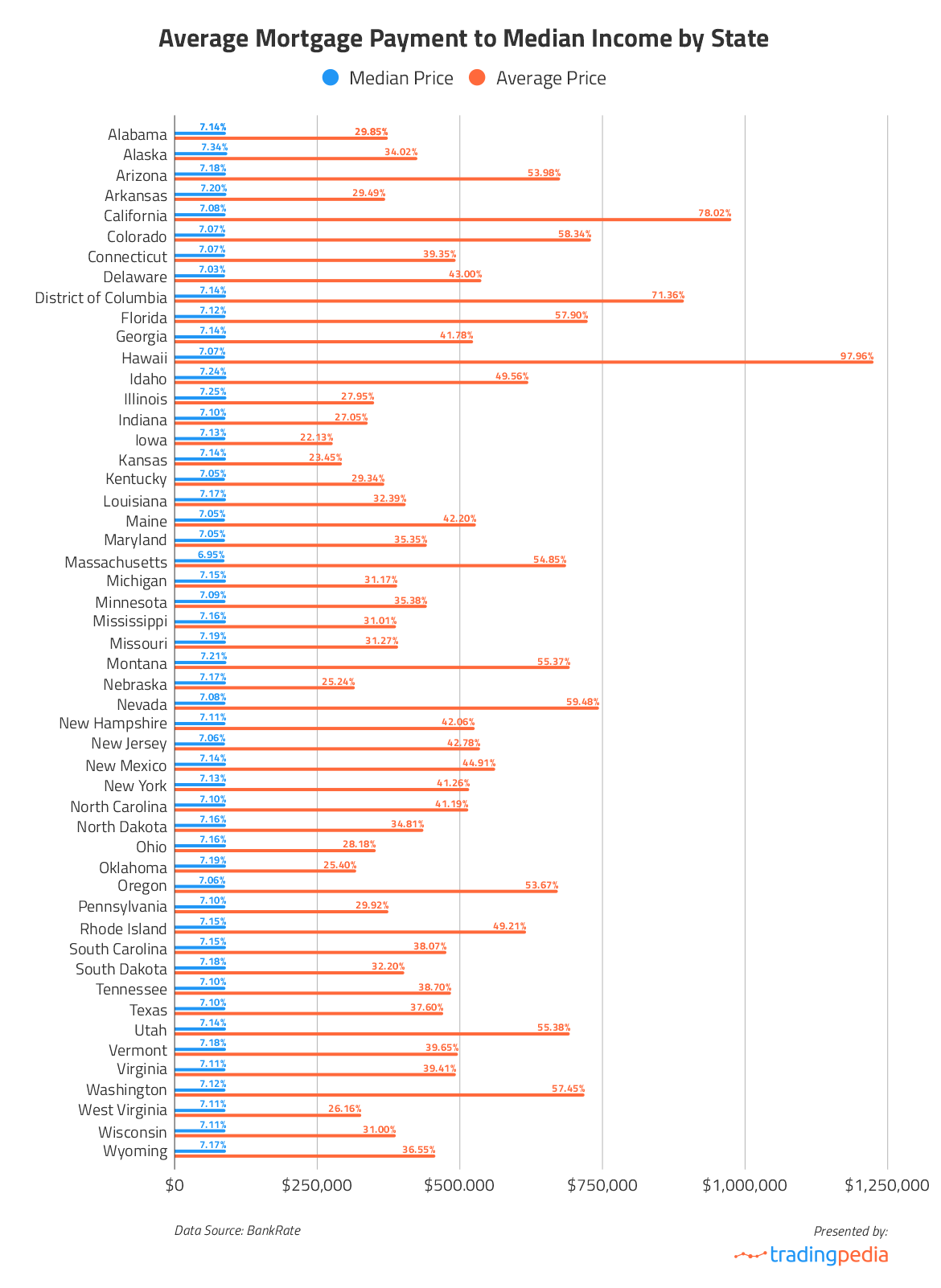 Presenting the states with the lowest typical home prices (as of Q3 2022), the ranking reads as follows:

The states where mortgage spending accounts for the smallest part of homeowners’ median income:

“The difference between Iowa, the easiest state to afford a home, and Hawaii, the state where such an endeavor is almost beyond the financial capability of the average household, is mind-boggling. And, while the median income in Iowa is just 11.9% lower than that in Hawaii, the gap between typical home prices in the two states is in excess of 500%,”