National debt – truly a painful subject for US policy makers given that the nation’s total public debt outstanding has been increasing constantly since the time of the Great Depression of 1929-1932. But what is more, total debt has risen more substantially in the past 40 years of American history alone and that is the reason TradingPedia analyst team decided to take a deeper look into the matter.

Prior to Ronald Reagan’s presidency (1981-1989), US’ combined cumulative public debt stood at $997.85 billion – an amount which the Reagan administration increased almost threefold in two successive terms by adding $1.859 trillion to the heap. 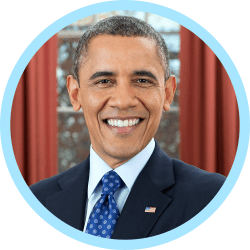 If we consider the biggest debt increase in US Dollar terms in American history, then President Barack Obama clearly stands out. During his presidency US’ total debt rose by $8.335 trillion (69.98%) from the 2009 level of $11.910 trillion. The Obama administration continued battling the 2008 recession with an over $800 billion economic stimulus package. The American Recovery and Reinvestment Act, signed in February 2009, reduced taxes by $288 billion, designated $224 billion for extended unemployment benefits, education and health care spending as well as allocated $275 billion in federal contracts, grants and loans to create jobs.

As a result of tax cuts, total debt rose by $858 billion. At the same time, the Obama administration reduced spending on national defense by 9.4% and bolstered spending on Veteran Benefits the most, with the Veterans Affairs’ budget increasing by 85%. Meanwhile, Social Security spending rose by $262 billion. 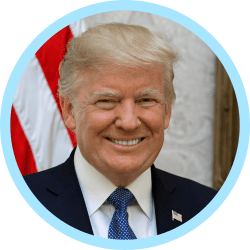 During his 2016 presidential campaign, Republican candidate Donald Trump pledged to eliminate national debt in 8 years. Yet, according to his budget estimates, he would in fact increase total debt by at least $8.3 trillion to $28.5 trillion by 2025. Reality is that figure was reached much sooner.

The Trump administration inherited $20.245 trillion in total debt and managed to increase it by $8.184 trillion (40.43%) to $28.429 trillion in just a single term. This has been the second-largest dollar amount increase in US national debt in history.

Prior to taking office, Trump proposed two strategies to cut national debt: stimulating economic growth by 4% to 6% annually to bolster tax revenues and eliminating wasteful federal spending. After he took office, he revised down his growth estimates to a more realistic range of 2% to 3%. To achieve this, the Trump administration promised to employ tax cuts. In December 2017, the Tax Cuts and Jobs Act was signed, under which the top individual income tax rate was lowered from 39.6% to 37%, while the corporate tax rate was lowered from 35% to 21% (with effect in 2018).

While the corporate tax cuts are permanent, the individual tax changes are to expire at the end of 2025, unless Congress decides to renew some or all of the provisions of the Tax Cuts and Jobs Act. We should note that, according to the Laffer curve, tax reductions can only stimulate economic growth enough to compensate for lost revenue when the tax rates are higher than 50%.

President Trump’s second strategy focused on removing waste and redundancy in federal spending. He was right such an issue indeed existed, but eliminating it may prove to be a challenge. It is so, because every program has a constituency, which lobbies Congress, and eliminating those benefits could result in the loss of voters and contributors. Representatives in Congress may be willing to agree to reduce spending in someone else’s district, but they will not likely do so on their own. Any President could be able to achieve a real impact on the national debt through cuts into the largest programs.

Let us also not forget military spending, which should be reduced to a reasonable extent to cut the national debt. In Fiscal Year 2021, the Trump administration actually increased spending on defense to $933 billion.

Overall, the national debt cannot be reduced without some significant reductions in defense and mandated benefits programs. Reducing wasteful federal spending may not be sufficient. 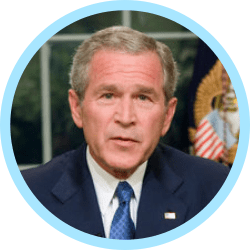 Under President George W. Bush, US’ total debt rose by $6.102 trillion (105.08%) from the 2001 level of $5.807 trillion. This has been the third-largest dollar amount increase in US national debt in history. The two simultaneous wars, which commenced in response to the terrorist attacks on September 11th 2001, resulted in a 116% increase in military spending during the period 2001-2009. The US government has spent roughly $2.2 trillion to fund the wars in Iraq and Afghanistan, according to estimates from Brown University’s Costs of War Research Series. The debt incurred in this direct military-related spending has already led to cumulative interest payments of $925 billion.

Even if military spending is discontinued immediately, interest payments alone on the existing war debt ($2.2 trillion) are projected to increase to more than $2 trillion by 2030 and to over $6.5 trillion by 2050.

“But since the US continues its post-9/11 military operations in the region and continues piling up debt to cover the costs of war, those interest payments will likely continue to grow,”

Let us also not forget that the Bush administration faced two recessions. The 2001 recession led to two tax reforms. The Economic Growth and Tax Reconciliation Relief Act of 2001 was a tax reform that reduced income tax brackets, set new limits on the estate tax, established new employer-sponsored retirement plans and made higher contributions into an Individual Retirement Account (IRA) possible. The Jobs and Growth Tax Relief Reconciliation Act of 2003 reduced the maximum individual income tax rate, which investors pay on corporate dividends and capital gains to 15%. This way, publicly traded companies were prompted to pay dividends rather than hold onto their cash, which spurred economic growth.

By 2004, the US economy was faring well, as annual GDP grew at rates between 3% and 4%, or close to the growth range of 2.5%-3.5%, considered by some economists as “healthy”. Later, however, the economy overheated, as a multitude of speculative new investments in housing and other segments emerged, which ultimately led to the Great Recession that lasted between December 2007 and June 2009 – one of the most severe in American history. This recession led to the signing of the Emergency Economic Stabilization Act of 2008 that created the $700 billion Troubled Asset Relief Program, aimed to buy toxic assets from financial institutions. 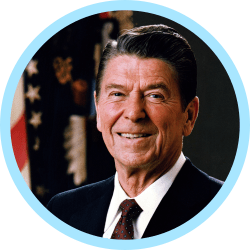 Under President Ronald Reagan, US’ total debt increased by $1.859 trillion (186.36%) from the 1981 level of $0.998 trillion. With President Joe Biden now taking 4th place in terms of dollar amount increase in total debt (by $2.227 trillion as of yet), the Reagan administration’s debt increase can be ranked as the fifth-largest in US history. This increase came as a result of Reagan’s efforts to stabilize the economy during the 1981-1982 recession, as he reduced income tax and capital gains tax, cut government spending on domestic programs, diminished the burden of regulations on business entities and local markets and tightened money supply to curb soaring inflation.

His supply-side economic policies, however, did not bolster economic growth sufficiently in order to offset the revenue lost as a result of tax cuts. Additionally, the Reagan administration increased spending on defense by nearly 35%. 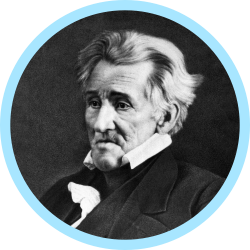 History will remember Andrew Jackson as the only President who managed to achieve what no one else could – to eliminate national debt entirely. How he managed to do so requires mentioning some facts about Jackson himself. Before becoming President, he was a land speculator based in Tennessee. He actually began despising debt as a whole, after an unsuccessful land deal left him with huge debt and a few worthless paper notes. When he ran for President, he perceived banks and the national debt as his true enemy. In his view, debt was “a moral failing”, a “national curse”, so he made a decision to pay off the nation’s debt as quickly as possible.

First of all, Jackson took advantage of a large real-estate bubble that formed in the Western United States. At that time, the federal government owned quite a lot of land in the West and Jackson began to sell it off. Secondly, he vetoed every spending bill he could – he even vetoed programs for the construction of national highways, as those were “unconstitutional” and a “bad policy.”

The national debt stood at $58.421 million, when Jackson took office in 1829. And, in January 1835, the debt was paid off and the government was in fact running a surplus. However, America remained debt-free for only 1 year and after the Panic of 1837 (one of the longest depressions in American history, caused by relentless speculation in land and railroads, and also contributed to by Jackson’s policies such as his veto of the Second National Bank renewal charter in 1832 and the transfer of federal funds to state banks in 1833), the government began to borrow money once again. The US never came close to eliminating its national debt again. 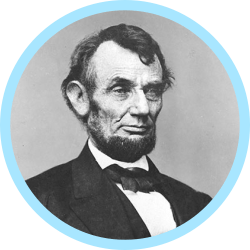 If we consider the biggest percentage increase in US’ national debt ever recorded, then we should without any doubt mention Abraham Lincoln’s presidency. Back then, total debt increased from $90.581 million in 1861 to $2.681 billion in 1865, or a 2,859.40% increase. A certain part of that debt was created in order to finance the American Civil War.

Franklin Delano Roosevelt oversaw the biggest percentage increase in total debt in modern US history, but if we take into account US Presidential history, it has been the third-biggest increase as a percentage. Under Roosevelt, the national debt rose by $236.14 billion (1,047.73%) from the 1933 level of $22.539 billion, left by the Hoover administration.

Second, the New Deal (a series of programs, public work projects, financial reforms and regulations, which President Roosevelt enacted between 1933 and 1939), cost $41.7 billion at the time, according to a study by economists Price Fishback and Valentina Kachanovskaya in 2015.

But what came after those events affected national debt on a much larger scale – World War II, the costliest conflict in American history that accounted for almost 36% of the nation’s GDP in 1945. WWII alone accounted for $209 billion of the $236 billion added to US’ total debt during the period 1942-1945.

And, Woodrow Wilson presided over the fourth-largest percentage increase in US’ national debt, from $2.916 billion in 1913 to $23.977 billion in 1921 (or up 722.21%). Similar to President Roosevelt, Wilson had to pay for another one of the deadliest military conflicts in history, World War I. It cost nearly $32 billion, while accounting for 52% of the country’s gross national product at the time, according to a study by NBER Research Associate Hugh Rockoff. 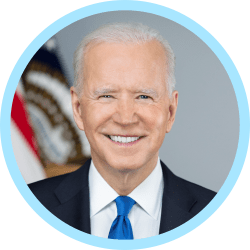 US’ total debt has already surpassed $30 trillion, with the Biden administration adding over $2.227 trillion so far and being on track to add probably the most ever by the end of Joe Biden’s term, mostly because of costs related to continuing struggle with the COVID-19 pandemic. And, let us again mention that, in December 2021, the debt ceiling was once again raised after a Congress vote.

The coronavirus crisis widened the federal deficit to 15% of US GDP in Fiscal Year 2020 (deficit stood at $3.13 trillion, the highest on record) and to 12.1% of GDP in Fiscal Year 2021 (deficit stood at $2.8 trillion). But, in its latest budget, the US government has estimated that the federal deficit will probably shrink to about 5.8% of GDP during Fiscal Year 2022, or nearing the pre-pandemic levels. Another positive aspect worth noting is that the US government can still issue debt at reasonably low rates (close to historic lows), as US 30-year government bonds are currently yielding 3.084%. And, despite that the national debt is already larger than 130% of US annual GDP, the annual deficit is projected to remain below 10% of the size of the entire economy.