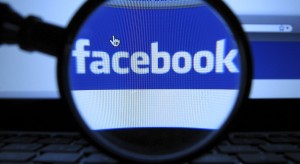 Facebook is expanding its offering of mobile app advertisements as the social network looks to ride the wave in mobile advertising. Facebooks so-called mobile app ads, allowing companies to promote their mobile apps to Facebooks 1.15 billion users, will include new capabilities designed to boost the amount of time that consumers use the third-party apps.

Social sites new mobile app ads will allow the maker of a travel app to offer to promote an airfare or hotel room, for example, while a music app like Spotify could promote a bands new song. Previously, Facebooks mobile app ads were designed only to entice its users to install a third-party app on their smartphone or tablet, but not to encourage repeat visits to the app.

Since the start of the year, more than 145 million third-party apps have been installed by Facebook users, said Deb Liu, Facebooks commerce head, providing the companys first public data about that portion of its business. Roughly 8,400 advertisers used Facebooks mobile app ads in the second quarter, Ms Liu said.

That is a small group relative to the more than 1 million total advertisers that Facebook counts, but analysts say that app developers represent an attractive and growing group of customers for Facebook to tap into.

Although revenues from these products are a small part of the company’s overall ad sales, they could represent a “key new source of ongoing revenue growth”, according to a research note from Brian Wieser, an analyst with Pivotal Research, cited by Financial Times.

As Facebook’s primary customers for these ads have mostly been makers of mobile games and digital media, such as Spotify, the music streaming service, company is focusing on attracting more varied customers, particularly from commerce and the banking industry.

Shares of Facebook have doubled since July, as the company has increased its mobile advertising revenue. The current consensus among 42 polled by CNN Money investment analysts is to buy stock in Facebook Inc. This rating has held steady since September, when it was unchanged from a “buy” rating. Company has been up more than 89% year-to-date.