Counting bars in order to detect end of corrections

During a sideways or down move within an uptrend or a trading range, the first bar to have a high price above the high price of the preceding bar is known as High 1. This puts to a halt the first leg of the sideways or down move. In case prices do not begin a bull swing and continue their sideways or downward movement, the next time a bar appears with a high above the high of the previous bar, it is a High 2. This puts an end to the second leg. A small break of the trend line is required between High 1 and High 2, which would signal that trend trading is still present. If no break occurs, a trader should not be hasty to go long, because the High 1 and High 2 may probably be a part of the same first move down.

During a sideways or up move within a downtrend or a trading range, the first bar to have a low price below the low price of the preceding bar is known as Low 1. This marks the end of the first leg of the sideways or up move. In case prices do not begin a bear swing and continue their sideways or upward movement, the next time a bar appears with a low below the low of the previous bar, it is a Low 2. This puts an end to the second leg. Any following similar occurrences will be marked as Low 3 and Low 4. In case the Low 4 is a failure (a bar moves above the high price of the Low 4 bar), this is an indication that sellers are no longer a dominant factor in the market, thus, the latter will probably either enter a trading range, or buyers will become dominant. Sellers may best show that they have taken back control over the market, if they manage to breach a bull trend line with considerable momentum. 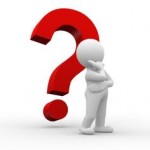 Often the market continues to retrace instead of reversing, thus, a trader will need to change his/her perspective. For example, if a trader believes that the market has formed a trading range with a strong new high, then a Low 2 above the prior high appears, but instead of plunging, the market simply continues its move up, he/she will need to look for suitable High 1 and High 2 entries. It is because the up move probably has enough strength, allowing him/her to search for long setups only.

There are cases, when in a sideways movement one can spot High 1, High 2, Low 1 and Low 2 present within ten bars. As the market is in a range, neither buyers, nor sellers manage to dominate sentiment for more than a short period. Therefore, it is logical to expect that both sides will continue to attempt to gain control and in doing so, bull and bear formations will likely appear.

Although there are variations of bar counting, the main objective remains the same – to detect two-legged retracements. During a strong uptrend, a two-legged pullback may form and have a High 1 only. In case one or two bear closes appear, they may be considered as the first leg to the downside, regardless even of the fact that the next bar may not move above the high price of the bear trend bar. If the next bar is a bull trend one, but its high price remains below the trend high, it may be considered as the end of the first leg down, provided that the following bar is again a bear trend one. If this next bar moves below the low of the bull trend bar, then within the next several bars a trader should look for a bar, which exceeds the high of its previous bar. It would end the two legs to the downside.

By considering each bar as a possible signal bar, a trader may place a stop order to buy at one tick above its high price. As soon as the order is filled, the trader now has a variation of a High 2.

Most reliable High 1 and Low 1 entries

The most reliable High 1 and Low 1 entries occur on failed breakouts from micro trend lines, as the latter represent these trend segments, which have the largest strength. One-bar or two-bar failed breakouts, which form High 1 pullbacks in an uptrend and Low 1 pullbacks in a downtrend, provide very good opportunities to scalp in the direction of the trend. Such entries are also appropriate, when a huge move far beyond the exponential moving average occurs, followed by a High 1 pullback in an uptrend or a Low 1 pullback in a downtrend to the moving average. In this case a micro trend line may not necessarily be present.

Every trend have trending highs and lows. During an uptrend every low usually exceeds the previous low (higher low), while every high exceeds the previous high (higher high). During a downtrend every low is usually below the previous low (lower low), while every high is below the previous high (lower high). Therefore, a trader usually intends to buy a higher low during an uptrend (on a pullback), or buy a higher low in a downtrend (which is a move against the trend – in anticipation of a reversal, for example). Conversely, he usually intends to sell a lower high during a downtrend, or sell a lower high in an uptrend. In the case when a trader enters against the trend, he/she should scalp most of his/her or the entire position. An exception, of course, is the situation, when a strong reversal occurs.

On the 5-minute chart of AAPL above a High 1 appears during a sideways or downward leg of an uptrend and it is the first bar to form a high above the high of the prior bar. If there is next a bar with a high, lower than the high of the previous bar, the following occurrence of a higher high is the High 2. Then we had High 3. Counting beyond four usually cannot provide a trader with a reliable signal, because it is possible that the pullback may have gone far enough to be viewed as a trend in the opposite direction.

A Low 1 also appears during a sideways or downward leg of an uptrend and it is the first bar to form a low below the low of the prior bar. Low 2 and Low 3 are the following similar occurrences.

It is worth to note that whenever there is a plain move to the upside, a trader should not look to go short on most of the Low 1 and Low 2 setups.

« Gaps and Pullbacks to the Exponential Moving Average (EMA)