Crowd behavior and going against the public

As it already became clear from the previous articles in this chapter, psychology is the most important segment of trading and foundation for success. Without well-established discipline and tolerance toward losses, each trader is prone to a much higher level of risk and therefore, losing money.

As we know, humans are very impulsive and emotional beings. Some people say that we are also irrational, but in fact this is not the case. An interesting fact is that we actually tend to be very rational when thinking for ourselves, that is, when we are not blindly following someone. When a person knows everything depends solely on him, he/she would take time to consider all the possibilities and outcomes of his/her actions, at least in general. Things however look very different when we find ourselves in a group, or our doings become a part of the so-called crowd behavior.

Being part of the group 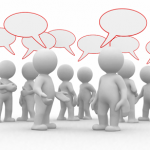 A crowd is a definable group of people who have a common purpose or set of emotions and share a common behavior. Despite their current similarities, each one of the individuals is prone to competing and conflicting emotions and such changes could cause others to follow up and shift the crowds behavior. The same event can be observed on the financial markets.

One way to picture the financial markets is as a crowd of unorganized individuals whose goal is to predict the future mood of the crowd, or to estimate the balance between bulls and bears on the market, and position themselves.

Most of the books and learning centres advise new traders to always follow the trend and never fight the market in order to secure their lasting on the market. Although this is true in general, following the crowd behavior blindly can be as much devastating as going against the market unprepared, which would almost always result in a loss.

By default, each inexperienced trader should always enter positions in the trend direction by following proper risk management strategies. Newbies main goal should be to minimize risks and avoid losing positions as much as possible in order to persist on the market and keep learning from first hand.

There are a couple of reasons why people are drawn to the overwhelming power of the crowd. The first one is probably the strongest feeling, which drives the financial markets, but also one of the hardest to overcome – greed. Greed has led many people to bankruptcy and it requires a lot of trading experience in order to establish such discipline that would overthrow it. Human behavior analysts have found that people experience greater fear of missing an opportunity for profits than the possibility of losing their life savings.

Many people also fear that by having a contrary opinion and doing something different, they could make a mistake and fail, whereas others could succeed. That concern of falling behind your friends, neighbors or competitors is what drives many to act as the mass, so that if they lose, others will lose as well and wont outstrip them.

Another powerful motivator behind crowd behavior is peoples tendency to look for and follow a leader, which is actually quite normal for all social creatures. Leadership can be found in a single person, a group of individuals or it could just be the balance of the crowds opinion, thinking that the majority should be right. People look for a leader to guide them especially through times of uncertainty. History however has shown that blindly following someone without conducting a proper unbiased assessment could lead to devastating results, especially when your money is at stake.

There is one fundamental flaw to crowd behavior and that is its inability to foresee the turning point of the trend. People who have blindly mirrored others actions end up losing just as much as them. Thinking the same way in which everyone else is thinking usually results in wrong conclusions. Humphrey Neill has summarized this thought in his book “The Art of Contrary Thinking” by saying: “When everyone thinks alike, everyone is likely to be wrong.”

During an uptrend, all the individual traders, or non-professionals, tend to follow the groups thinking and either buy for the first time or add to their already standing positions. Eventually however, prices surpass a normal limit and further gains become unsustainable. As long as players still have money to invest, their optimism will drive the market higher. After they become fully invested and everyone who wanted to buy has already bought, the market reaches an extreme and is called to be overbought. The opposite position is known as oversold.

At this point, prices not only halt their upward momentum, but in most cases correct in the opposite direction. This gives us a viable explanation of why novice traders lose their money so quickly when trading futures. Market players are most bullish at market tops and most bearish at bottoms, right before the retracement. 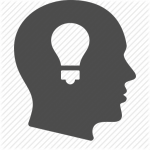 The opposite of crowd behavior is the so-called contrary opinion. It is defined as going against the most popular or widely held opinions on the market, in short, betting against the market. Succeeding with such a strategy however is deemed very difficult, especially when the current market movement is supported by a stable flow of supporting fundamental indicators. Such strategies are carrying a lot of risk and are usually used by highly experienced professionals.

Ok, but if sharing the crowds behavior could eventually lead us to losses and following our own well-analyzed decisions could yield profits but with a high degree of risk, what strategy should one use ? The answer is quite simple – follow the crowd when it coincides with your own established trading strategy and get out of the trade as soon as the market turns against you, even if you are not in profit.

However, at this point you will encounter the problem we spoke of earlier – overcoming greed. Inevitably, the crowds behavior will diverge from the individual traders initial intentions and he will face a dilemma – should he follow his preplanned strategy and hit the breaks or stay on the market for a while longer and aim for additional profits. As in each other case, deviating from your system may benefit you in certain situations, but in the long term you will achieve profitability only through discipline and by holding on to your predetermined strategy.

This is no easy decision to make as when the crowds behavior confirms the individual traders analysis, it feeds him with a false sense of security, thus raising his confidence. Giving increasing credibility to the groups decisions is particularly dangerous in the medium and long-term as it builds over time and dulls your senses, making it immensely harder to foresee an imminent price crash.

The only viable way to learn not to stray from your own analysis and preplanned strategy is to survive as long as possible on the market so that you can keep learning and practicing. In time you will gain confidence in self decision making and improve your self-awareness, thus providing yourself with an advantage over the crowd. Indeed, exiting a position and missing on probable profits is hard to come by and against human nature, but it is something you need to overcome to achieve success.

« Market Sentiment – the Basics
Recency Bias and Its Influence in Trading »