Introduction to Trading and Speculative Markets

What does the concept of ”trading” stand for?

Since the very genesis of societies, people almost always have been involved in a process simply called an ”exchange” or also ”trade”, a process, which engages at least two sides. One of the sides is usually obligated to deliver a commodity, a service or a good at a specific value to the side on the other end of the exchange process and vice versa, the second side delivers to the first one a commodity, a service or a good, which has a respective equivalent value. In most cases the sides, engaged in such exchange processes (or transactions, or trades if you will), are individuals.

In order to facilitate trading process, most societies, as they gradually develop, tend to determine a specific commodity, which to be used as an unified measure of the value of most commodities, available on the market. What societies began referring to, was simply the concept of ”money”. 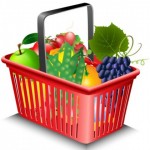 These two values represent the terms of trading fruits for vegetables, or the so called ”relative values”, thus individuals would trade 1 lb of fruits for 2 lbs of vegetables.

The concept of money, to a great extent, facilitates the process of trading in terms of reducing transaction costs. If one nation, for example, produces 100 different sorts of commodities, in case commodity trading is executed without the intermediation of money (one commodity for another), the result will be 4950 different values (prices). We draw such a conclusion using the following simple calculation: [(100*100-100)/2].

On the other hand, with the inclusion of money, the number of prices, that would satisfy all the terms of trading 100 different sorts of commodities, is exactly 100.

What do we have in mind when talking about ”financial instruments trading”?

A number of investors decisions in the markets are closely related to trading money at the present moment against trading money in the future. In most cases, the amount of money that is to be obtained in the future, remains unknown. Thus, we are now talking about two crucial categories, involved in trading – time and uncertainty, which are usually associated with the concept of risk.

At the same time, it is possible predetermined conventions to provide an opportunity to one side in a deal or trade to make a decision at some moment in the future, which may cause an impact upon the subsequent exchange (trade) of money. Thus, in this case we refer to the so called options contracts, which we will discuss later.

Another key moment to be considered, when it comes to trading financial instruments, is the availability or the lack of information, which may reduce or bolster uncertainty over future events.

These four categories (time, risk, availability of options and availability of information), to a certain extent, are tightly related to the so called speculative markets.

What about speculation and the nature of speculative markets?

In general, when we say that we speculate, we mean that we are engaged in risk-on financial transactions with the sole purpose to obtain profits from short-term or intermediate-term fluctuations in the market value of a tradable good, such as a financial instrument, rather than attempting to achieve gains from the underlying financial attributes inherent to this instrument such as capital gains, interest rates, or dividends.

A speculator would pay little attention to the fundamental value of a security (instrument) and would instead focus entirely on the movement of prices. We shall examine the behavior of this type of market players at a later time.

Speculating is particularly related to markets, where instruments such as stocks, bonds, commodities, currencies and derivative instruments (futures, forward rate agreements, options, swaps, swaptions), on one hand, and fine art, collectibles, real estate, on the other hand, are usually traded.

With the appearance of the stock ticker machine in 1867, which revoked the need for traders to be physically present on the floor of a stock exchange, speculation with stocks, for example, has gone though a dramatic expansion through to the end of the 1920s. Another contributing factor behind such a development has probably been the increasing number of shareholders, from about 4.4 million in 1900 to about 26 million in 1932.

Whats specific about the nature of speculative markets is the fact, that they have four distinct features:

1) An investment in these markets produces a positive net cash flow within a specific period of time. A common feature of instruments (commodities), traded in these markets, is that they are durable, or they do not assimilate immediately in the process of consumption. A capital investment (in corporate shares or in corporate and government bonds) usually produces returns in a longer-term in the form of dividends, bond interest rates and so on.

2) In speculative markets investors are able to trade relatively homogeneous instruments, or instruments that can be traded with the help of standardized contracts, such as futures contracts.

For example, corn is a heterogeneous commodity, as it has various sorts and different quality. However, futures on corn are standardized in terms of sort, quality and delivery period, which makes them appropriate for trade in speculative markets.

3) Speculative markets are, by all means, organized. They either inhabit a specific place or are sustained by a computer network.

4) Trading in these markets is usually uninterrupted, while prices are subject to constant changes.

When investing in a speculative market, one should know that any decision made at the present moment is immediately dependent on expectations regarding a development in the future.

Supply and Demand in Trading »