Regardless of the fact that a day trader does not oversee other peoples money and does not have an employer, he/she still have rules to follow. A day trader needs to comply with securities laws and exchange regulations, with some of them being addressed to those traders, who make plenty of entries in a short term. Brokers, offering services to day traders also follow a set of regulations, therefore, by understanding these regulations it will be easier for a day trader to decide which broker or service to choose.

Trading practices in the past 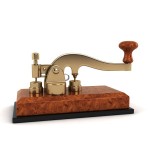 After the telegraph was invented, traders were able to receive price quotes on a daily basis. In many of the large cities in the past the so called bucket shops were established. These were places, where traders could place their bets on price changes of commodities and stocks. It was simply betting against other players. This practice was wiped out after the crash of the stock market and the beginning of the Great Depression in 1929.

After 1929 small investors were able to trade off the ticker tape, on which price changes were printed. Commonly they visited the conference room at their brokerage companys office and placed orders, taking into consideration price changes on the tape. In any case, traders did not have a direct access to markets and had to use services provided by their brokerage firm. This means that timely execution of their orders was in question. 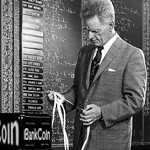 Day trading was not so wide spread in the past, because brokerage firms required the same commissions until 1975. Later brokers began competing on the commissions they offered. Trading off the ticker tape was to some extent present until the stock market crash in 1987. Brokers were overwhelmed by tons of orders, so they serviced their largest customers first and the smallest orders were placed at the bottom of the pile. Following the crash, stock exchanges and the Securities and Exchange Commission introduced a number of changes, that would prevent another crash and also improve order execution, if such scenario was to occur. The Small Order Entry System (SOES) was introduced, which gave priority of orders of 1000 shares or less over bigger orders.

Later, in the 1990s, access to the Internet became widespread and a few electronic communications networks began providing small traders with direct access to price quotes. Because of the SOES, small traders were able to place orders and sell their stocks to larger companies, which ensured them good amounts of profit. This gave small traders an edge, which was heavily criticized by large institutional traders and market makers. During that period day trading was regarded as a decent way to make a living. 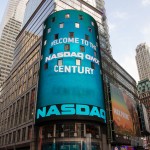 In 2000 the SOES was modified, which eliminated the advantage small traders had. The number of discount brokerage companies, offering online trading services, increased significantly. Trading stocks on the Internet gained huge popularity, while the SOES was put in the background. This came as a result of the fact that share prices of tech giants rose on a daily basis during a certain period. Within the period between 1996 and 2000, the NASDAQ stock index surged from 600 to almost 5 000 points, while in 1999 there were 457 IPOs, while the majority of them were related to internet and technologies. 117 IPOs doubled in price during the first day of trading, because of the hype. In 1999 and early 2000 the Federal Reserve Bank raised its benchmark interest rate six times, because economy was in urgent need of a cool down. On March 9th 2000 the NASDAQ index reached a top at 5,048.62, but since March 10th 2000 it began to plummet 10% over the next ten or so days.

Nowadays trading practices have changed as well as the framework of regulations.

Regulators of the stock market

Financial markets in the United States are generally regulated by two government institutions – the Securities and Exchange Commission (SEC) and the Commodity Futures Trading Commission (CFTC), with their major objectives being to ensure that investors and traders are provided with plain and adequate information in order to make sound decisions in the markets, as well as to prevent fraudulent practices. Neither of the two institutions completely governs the markets. Much of the proper behavior responsibility has been delegated to the exchanges and to self-regulatory organizations, which brokerage companies join.

Now let us discuss the main functions of some of the major regulators.

The Securities and Exchange Commission (SEC) in the United States 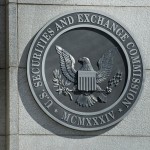 The SEC is an agency, entrusted with the task to ensure that markets operate efficiently, to protect investors and to facilitate formation of capital. The US President has appointed five commissioners within the agency, confirmed by Congress, who have five-year mandates. The SEC has the authority to bring civil enforcement actions against individuals or business entities alleged to have been involved in accounting fraud, provided incorrect information or involved in insider trading. The agency has three major functions:

First, to ensure that any business entity, with its securities listed on exchanges in the country, submits its annual, quarterly and other periodic financial reports in time and reflects information accurately. This is particularly important for investors, because of their assessment whether it will be profitable to invest in one company or another. Annual financial reports are accompanied by a narrative account, known as the “management discussion and analysis” (MD&A). Provided by executives of the company, this document presents the previous year of operations. As investments in the capital markets are not secured by the federal government, the odds of large profits have to be weighed against equally probable losses. The disclosure of financial and other vital information about the issuing company and its security provides private investors and institutions with the same basic information regarding public companies they invest in, which increases public interest and scrutiny and diminishes the probability of fraudulent actions and insider trading.

Second, to oversee markets by ensuring that exchanges and self-regulatory organizations are provided with sufficient regulations and the latter are being enforced.