The GDP represents the total monetary value of all goods and services produced over a specific time period in Japan, or the size of its economy. It is comprised by expenditures, made by households, business and government sectors, and the net foreign purchases. Fast rates of economic growth are usually considered as conduits to inflation, while low or negative rates of growth signal weak economy or recession. The report on Gross Domestic Product holds a lot of weight for currency traders. Because it serves as evidence of growth in a productive economy (respectively, evidence of contraction in an unproductive one), currency traders will see a higher rate of growth as an indication that interest rates will probably be raised as well. 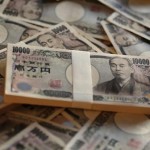 A net lender is consuming less than it is producing, which means it is saving and those savings are being invested abroad, thus creating foreign assets. A net borrower is absorbing more than it is producing, which can only mean other countries are lending it their savings, thus creating foreign liabilities. A surplus usually provides support to demand for the national currency.

The Tankan is a short-term economic survey of Japans business sector, conducted by Bank of Japan. The report is published four times every year – in April, July, October and December. The survey encompasses over 9 000 business entities in the country with a particular minimum amount of capital. Companies are divided into several categories – small, medium-sized, large and principal. Respondents in the survey are asked about the current business situation in the country and about their expectations regarding business activities during the next quarter. The Tankan survey is of certain interest to market players, as it provides a general view of business sentiment in Japan. 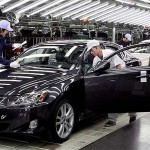 The index of industrial production reflects the change in overall inflation-adjusted value of output in sectors such as manufacturing, mining and utilities in Japan. The index includes the production of goods for local sales in Japan and goods for export. It does not include production in sectors such as agriculture, construction, transportation, communication, trade, financial services. Numbers, suggesting improvement, usually provide a boost to yens demand.

This indicator gauges the total value of machinery orders, placed at major manufacturers in Japan. It is regarded as a leading indicator of business capital spending. An increase indicates that business confidence in the country probably improved, while a decrease reflects a weaker confidence. In case machine orders tend to increase, this will usually have a bullish effect on the national currency. Japanese Cabinet Office releases this report on a monthly basis.

The Labor Force Survey is a survey of households usually residing in Japan, which is to elucidate the current state of employment and unemployment in the country on a monthly basis. Two categories of results are presented in this survey: 1. Basic Tabulation, which encompasses the following items – Labor force, Employed person (by industry, occupation, type of employment, Weekly hours of work, Unemployed person (by reason for leaving a job), Unemployment rate, Not in labor force and so on; 2. Detailed Tabulation, which encompasses the following items – the reason for taking a non-regular employment, person who changed his/her job, duration of unemployment and so on. Employment figures are closely watched by investors, because of their timeliness and importance as a leading indicator, providing insight over future economic activity.