First of all, Australias dollar tends to show a strong correlation with prices of commodities, including gold prices. The nations is the second-largest producer of gold worldwide and, as a result, its national currency is usually favored by any increase in commodity prices. In case prices fall, the Australian dollar will usually also lose value. In case commodity prices are in a resilient uptrend, this may trigger concerns over inflation rate. As a response the central bank will usually have to raise its benchmark interest rate in order to ease inflation.

Prices of gold, however, tend to surge in situations of economic or political turmoil, as gold belongs to the category of safe haven assets (investors will tend to abandon riskier assets such as stocks and purchase gold, government bonds and other haven currencies such as the yen and the franc). If the central bank was to raise interest rates at such a moment, this would render Australian economy vulnerable to adverse effects caused by the global uncertainty.

Over 90% of the advance of AUD/USD pair during the period 2001-2007 has been a result of carry trades. Large foreign investors, constantly in pursuit of high returns, will usually enter carry trades, when stock markets are offering insignificant returns. What needs to be noted, however, is that carry trades last as long as the yield difference is present. In case other central banks worldwide decided to raise their base interest rates, this would narrow the positive interest rate differential between Australia and those countries. Therefore, the Australian dollar would not be as attractive carry trade currency as it was before.

Third, interest rate differential between Australian cash rates and short-term yields in other industrialized nations is another key circumstance, which currency traders should take into consideration. This differential may be used as an indication of potential money flows, because it reflects the premium yield, which short-term fixed income assets in Australia are offering over short-term fixed income assets elsewhere. Interest rate differentials are an indication of possible currency movements, because of investors willingness to be in possession of higher-yielding assets. 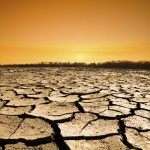 Fourth, Australian economy is to a large extent dependent on weather patterns. As most of nations exports are commodities, severe weather has the potential to ruin farming activities. In 2002 Australia was faced with a severe drought and farming sector was heavily influenced. As we already said in the previous article, agricultural sector in Australia accounts for 4% of nations total GDP, so a sharp reduction in farming production may directly cut the rate of economic growth. In addition, industries, which supply and service agricultural sector in Australia (the wholesale and transport sectors, retail operations in rural farming regions) may also be adversely impacted by droughts.