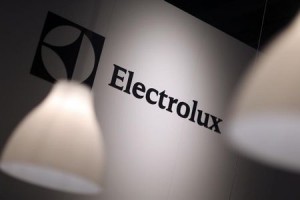 The US Department of Justice filed a lawsuit on Wednesday to block Swedens Electrolux AB from buying General Electrics appliances division for $3.3 billion, citing worries of weaker competition.

The European company agreed to buy the unit last year in a mutually beneficial deal as Electrolux seeks to expand its foothold in the US market and cut its dependence on Europe, while GE was meant to get rid of a low-margin business as part of a plan to refocus on its industrial heritage as a producer of, among others, jet engines and power turbines.

However, the DOJ moved to block the deal which would have combined the countrys second and third-biggest appliance makers and would have given Electrolux about 40% of the US appliance market. In a 15-page legal complaint filed on Wednesday, the Justice Department challenged the acquisition, saying that it would likely lead to weaker competition, higher prices, and fewer buying options for Americans since 90% of the market for stoves and ovens was controlled by Electrolux, GE and Whirlpool.

The complaint focuses on the effect of the acquisition on sales of cooking appliances to “contract channel” customers like home-building companies, property managers and hotels. Only appliance makers with a wide line-up of products can properly compete for those customers, the DOJ stated in its complaint, and the deal would leave Whirlpool as the sole other player in that market.

“Rather than continuing to compete for contract channel sales, Electrolux now seeks to obtain General Electric’s huge piece of the pie by buying it,” the lawsuit states.

Electrolux, however, disagreed, with its antitrust attorney Joe Sims arguing that LG, Samsung and other competitors were moving in to challenge the markets current top three players and that there are no barriers for any other manufacturer to participate as well.

Mr. Sims said that Electrolux has held settlement talks with the DOJ for several months, but with no success so far. “We are rational and are therefore more than happy to come to a reasonable settlement if the DOJ is. If not were just going to have to win in court.”

The Swedish company said that the deal would actually accelerate innovation and create more options for consumers, not less, and that the Justice Departments opposition was inconsistent with its 2006 approval on Whirlpool’s acquisition of Maytag, which at the time was once of its major competitors on home turf.

GE also backed the proposed deal, saying in a statement that the two companies intend to “vigorously defend” it. The US conglomerate said it believed selling its unit to Electrolux would allow the business to better compete against international competitors and that it aims to finalize the transaction this year.