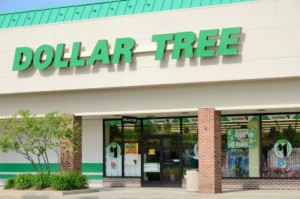 Dollar Tree Inc announced a surge in sales on Wednesday driven by a robust holiday demand as the retailer warned of weaker performance in the year ahead.

The company reported a revenue of $2.48 billion for the three months ended January 31, up 10.8% compared to the $2.23 billion stated a year earlier. Dollar tree said its top performing categories were household products, food and party supplies as its customers celebrated the holidays.

Same-store sales edged up 5.5% in the fourth quarter of 2014 compared to a growth of 1.2% in the prior-year period. The company also reported it reached more than 1 billion transactions for the first time in its history during the past year, including a 5% increase during the last quarter.

Once again Dollar Tree restated its belief that the Federal Trade Commission will require no more than 300 store divestitures in order to grant its approval for the deal with Family Dollar. The company hopes to reach an agreement with the FTC in early March and to close the deal by late April. During the quarter Dollar Tree opened 90 new locations, expanded or relocated six stores, and closed five.

Last summer Dollar Tree offered $8.5 billion in order to acquire its bigger rival in a cash-and-stock deal. Soon after, market leader Dollar General launched an unsolicited $9.1-billion bid, which was rejected by Family Dollar due to antitrust concerns.

Dollar Tree projected its full-year sales to range from $9.21 billion to $9.45 billion, based on a low to low-mid single-digit increase in same-store sales. Excluding acquisition costs, per-share earnings are projected to land between $3.30 to $3.50. According to survey conducted by Thomson Reuters analysts had projected profit of $3.57 a share on a $9.4-billion revenue.

“Our results continue to validate that Dollar Tree is part of the solution for millions of customers seeking great value as they strive to balance their household budget,” said Chief Executive Bob Sasser.

According to the Financial Times, the The 21 analysts offering 12-month price targets for Dollar Tree have a median target of $75.00, with a high estimate of $98.00 and a low estimate of $60.00. The median estimate represents a 3.19% decrease from the last closing price.