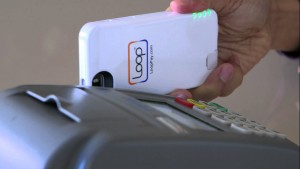 Samsung Electronics Co said Wednesday that it had purchased a US mobile payment startup, outlining its plan to compete with Apple Pay.

The South Korean technology giant acquired Burlington-based LoopPay for an undisclosed amount as it makes its push into mobile payments, where rival Apple is already gaining some traction.

The market is quickly getting crowded with companies like Google and eBays Paypal leading the way. These service allow people to swap their physical wallets with digital ones, enabling them to settle transactions with minimal effort.

A major concern about the future growth of the market is the need of a technology upgrade among the majority of retailers. The required specialized terminals could prove to be expensive and financially inefficient for merchants to take the next step in payment settlements.

Last month Apple announced its payment service reached 220 000 locations in the US compared to a total of around 12 million.

However, LoopPays technology enables its users to pay with their debit or credit cards without the need of having high-tech checkout devices on the retailers side.

LoopPays settlement method takes magnetic-stripe card readers, which are found in around 90% of all US stores, and transforms them into non-contact information receivers.

The technology will give Samsung a huge edge over competitors, who also face difficulties with major retailers, such as Wall-Mart and CVS, which have rejected outside services in favor of their own payment system. CurrentC, whose backers also include Target, 7 Eleven, Rite Aid and Best Buy, is expected to be launched later this year.

Samsung on the other hand intents to introduce its new service next week, when the company is set to unveil its latest device, the Galaxy S6. The service would also enable its users to pay with gift and loyalty cards.

Although LoopPays technology currently support some Apple devices and smartphones running on Googles Android operating system it is unclear whether the company would continue to manufacture products compatible with rivals handsets once Samsung takes over.

The South Korean company initially approached LoopPay in 2013 and a year later invested in the startup together with Visa and Synchrony Financial.

“Our goal has always been to build the smartest, most secure, user-friendly mobile wallet experience, and we are delighted to welcome LoopPay to take us closer to this goal,” said Shin Jong Kyun, head of the IT and Mobile Division at Samsung.

The deal with LoopPay marks the second high-tech acquisition for Samsung withing six months. Last year it purchased startup SmartThings, with the aim to strengthen the companys position in the Internet of Things segment.