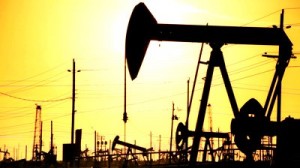 Both Brent and West Texas Intermediate edged up on Thursday, after marking new five-year lows yesterday, although the bearish sentiment persists as Saudi Arabia doesnt feel the need to cut production, further bolstering speculation that OPECs number one is defending its market share.

“Why should we cut production?” said Saudi Arabian Oil Minister Ali Al-Naimi. This statement increased worries that the surplus of the oil market will remain intact in the near future and the more than 40% loss since June will continue to grow.

“This is a market and I’m selling in a market. Why should I cut?” added Mr. Al-Naimi, who believes that the market will balance itself, without reduction in OPECs 30 million-barrel-per-day production.

The Organization of Petroleum Exporting Countries, which provides around 40% on the worlds oil, also projected yesterday that global demand for crude will decrease by around 300 000 barrels a day to 28.9 million in 2015.

Following Saudi Arabia and Iraq, Kuwait, OPECs third biggest producer, offered its January crude at $3.95 discount, according to a statement released by the country-owned Kuwait Petroleum. With the discount, prices reached its lowest since December 2008.

Meanwhile, Venezuela said it wants to engage in special discussions, before the groups official meeting on June 5.

“Our position on OPEC is that they defend the fair price of our oil,” Foreign Minister Rafael Ramirez said on the Telesur network, cite by Bloomberg. “We don’t believe in the free market. We must make an effort to reduce overproduction of oil.”

The Energy Information Administration reported that US crude oil inventories increased by 1.5 million barrels in the seven days through December 5th to 380.8 million, compared to analysts’ expectations for a 2.5-million-barrel drop. Stockpiles at the Cushing, Oklahoma storage hub edged up to 24.9 million barrels from 23.9 million a week earlier.

Refinery utilization picked up to 95.4% from 93.4% during the week through December 5th.

US crude production jumped to 9.118 million barrels per day from 9.083 million, reaching the highest level on recorded weekly data dating back to January 1983. Imports climbed to 7.668 million bpd, compared to the 7.303 bpd a week earlier, while the four-week average of inbound shipments was 7.323 million bpd, 6.2% below year-ago levels.

According to Binary Tribune’s daily analysis, West Texas Intermediate January futures’ central pivot point is at $61.60. In case the contract breaches the first resistance level at $62.77, it may rise to $64.60. Should the second key resistance be broken, the US benchmark may attempt to advance $65.77.

If the contract manages to breach the first key support $59.77, it might come to test $58.60. With this second key support broken, movement to the downside could continue to $56.77.

Meanwhile, January Brent’s central pivot point is projected at $64.72. The contract will see its first resistance level at $65.88. If breached, it may rise and test $67.52. In case the second key resistance is broken, the European crude benchmark may attempt to advance $68.68.

If Brent manages to penetrate the first key support at $63.08, it could continue down to test $61.92. With the second support broken, downside movement may extend to $60.28 per barrel.