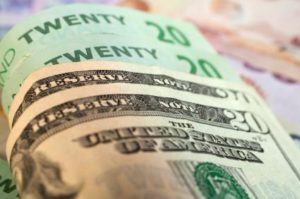 Reserve Bank of New Zealand (RBNZ) will probably leave its benchmark interest rate (the official cash rate) without change at 3.50% at the policy meeting today, according to expectations. The central bank raised borrowing costs by 25 basis points (0.25%) to the current 3.50% at the July 23rd meeting, which marked the fourth consecutive increase in rates this year.

In October the central bank left borrowing costs intact, as economy was adjusting to previous monetary policy tightening. According to extracts from the statement, taken by RBNZ Governor, Graeme Wheeler, following the banks most recent policy decision: ”The global economy is growing at a moderate rate although recent data suggests some softening in the major economies, apart from the United States. Monetary policy is expected to remain supportive for longer in all the major economies.

Growth in the New Zealand economy has been faster than trend over 2014, reducing unemployment and adding to demands on productive capacity. Strong construction sector activity, high net immigration, and interest rates, which remain low by historic standards, continue to support the expansion. Output growth is expected to moderate over coming years, towards a more sustainable rate.

Lower commodity prices and increased global financial market volatility have taken some pressure off the New Zealand dollar. However, its current level remains unjustified and unsustainable and continues to constrain growth in the tradables sector. We expect a further significant depreciation.

The economy appears to be adjusting to the policy measures undertaken by the Bank over the past year. CPI inflation is currently at a low level despite above-trend growth. However, inflation is expected to increase as the expansion continues. A period of assessment remains appropriate before considering further policy adjustment.”

Short-term interest rates are of utmost importance for the valuation of national currencies. In case the Reserve Bank of New Zealand is dovish about inflationary pressure and overall economic activity and, thus, decides to maintain its benchmark rate, this would certainly have a bearish effect on the kiwi dollar.

The official decision on policy is expected at 20:00 GMT.

The United States probably recorded a government budget deficit of USD 72.5 billion in November, according to market expectations, after a deficit of USD 121.7 billion during the previous month. The latter was a 34% increase compared to the same month last year. The largest budget deficit on record was registered in February 2012, or USD 231.677 billion. In October total receipts were at the amount of USD 213 billion, or a 7% increase compared to the same month a year earlier, while total outlays were recorded at USD 334 billion during the period, up 16%. The budget results were influenced by differences in the calendar and, if adjusted for timing-related transactions, the budget deficit in October would have been USD 84 billion, according to the report by the US Treasury.

A lesser-than-projected deficit would have a certain bullish effect on the greenback. The Financial Management Service, US Treasury is to publish the official figure at 19:00 GMT.

According to Binary Tribune’s daily analysis, the central pivot point for the pair is at 0.7683. In case NZD/USD manages to breach the first resistance level at 0.7761, it will probably continue up to test 0.7839. In case the second key resistance is broken, the pair will probably attempt to advance to 0.7917.