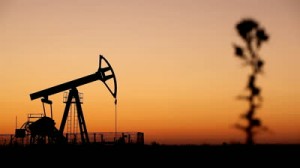 Brent and West Texas Intermediate continued their streak of losses, reaching their biggest daily decline in more than three years, after OPEC decided not to support prices by reducing production.

Brent declined almost 40% since June, dropping from above $115 per barrel amid peak US shale production and sluggish global demand. OPEC is aiming at a fair price and isnt “sending any signals to anybody” Secretary-General Abdalla El-Badri said.

Igor Sechin, CEO of Russia Rosneft and one of the most important oil figures, projected that prices could drop to $60 or more by the end of next years first six months. Mr. Sechin also said that Russia has the potential to reduce output by 200 000 and 300 000 barrels per day if prices maintain low levels, hinting that current prices are not a threat to Russia.

However, Nicolas Maduro, president of Venezuela said that until prices reach $100 per barrel, the country will not stop asking for production cuts.

Goldman Sachs Group said in an emailed statement, that OPECs decision to not cut output can hurt prices further and will probably cause a “large market surplus” in the first half of next year, but the bank did not change its projection of Brent to range between $80 and $85 a barrel and WTI to trade at $70 to $75 in 2015.

Bijan Namdar Zanganeh, Irans oil minister said he is not angry by the meetings outcome, although it was “not in line with what we wanted.” Diezani Alison-Madueke, the Nigerian oil minister, added that OPEC is not “playing hardball, and said he has been voted president of the group in 2015. OPECs next meeting is scheduled on June 5 in the Austrian capital.

Also weighing on the oil segment, the US Labor Department reported Wednesday that initial jobless claims rose to 313 000 in the week ended November 22nd, the highest since early September. Separate data showed that pending home sales unexpectedly contracted in October, while the annualized growth pace of new home sales came in below expectations.

Meanwhile, January Brent’s central pivot point is projected at $73.76. The contract will see its first resistance level at $76.28. If breached, it may rise and test $79.97. In case the second key resistance is broken, the European crude benchmark may attempt to advance $82.49.

If Brent manages to penetrate the first key support at $70.07, it could continue down to test $67.55. With the second support broken, downside movement may extend to $63.86 per barrel.