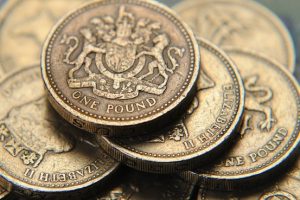 At 9:30 GMT Bank of England (BoE) is to publish the minutes from its most recent meeting on policy. Released two weeks after the meeting itself, the minutes provide a full account of the policy discussion, including differences of view. They also record the votes of the individual members of the Monetary Policy Committee (MPC). On November 6th 7 members of the Committee probably voted in favor of keeping the benchmark interest rate unchanged, while 2 members probably supported a rate hike. In addition, all 9 members of the Committee probably voted to keep monetary stimulus unchanged. In case the central bank demonstrates a hawkish view in regard to inflation pressure in the UK, this heightens the probability of an interest rate hike, which usually has a positive effect on the pound. A dovish view, on the other hand, has the opposite effect.

The central bank revised down its economic growth forecasts by 0.2% for 2015 and 2016 to 2.9% and 2.6%. The bank kept its growth projection for the current year, according to which UK economy will probably expand 3.5%.

According to extracts from BoE report on inflation released in November: ”There is a significant probability that inflation could temporarily fall below 1% in the near term. Inflation then rises back to the target by the end of the forecast period as external pressures fade and growth in unit labour costs gradually picks up. There are significant risks either side of this inflation projection. Domestic risks to inflation centre on unit labour costs. Wages need to grow more strongly than productivity to return inflation to the 2% target, absent external price pressures.”

”The Committee sets monetary policy to meet the 2% target in the medium term and in a way that helps to sustain growth and employment. The Committee gave guidance in its February Report on how it would seek to achieve the inflation target over the policy horizon. At its November meeting, the Committee noted that the central message of that guidance remained relevant: given the likely persistence of the headwinds weighing on the economy, when Bank Rate did begin to rise, it was expected to do so only gradually and to remain below average historical levels for some time to come. The actual path for monetary policy would remain dependent on economic conditions. In other words, the Committee’s guidance on the likely pace and extent of interest rate rises was an expectation, not a promise.”

The number of housing starts in the United States probably increased to 1.025 million in October from the seasonally adjusted annual rate of 1.017 million during the prior month. If so, this would be the highest number of housing starts since July, when 1.117 million sites were reported. Single-family housing starts in September were at a rate of 646 000, or 1.1% above the revised figure of 639 000 in August. The September rate for units in buildings with five units or more was 353 000, according to data by the US Census Bureau.

Housing Starts represent a gauge to measure residential units, on which construction has already begun, every month. A start in construction is defined as the foundation laying of a building and it encompasses residential housing primarily.

The number of building permits in the country probably rose to 1.040 million in October from an unrevised annual level of 1.018 million in September. If so, this would be the highest number of permits since July, when 1.052 million units were reported. Single-family authorizations in September were at a rate of 624 000, or 0.5% below the revised number of 627 000 in August. Authorizations of units in buildings with five units or more were at a rate of 369 000 in September, according to the report by the Census Bureau.

Building permits are permits, issued in order to allow excavation. An increase in the number of building permits and housing starts usually occurs a few months after mortgage rates in the country have been reduced. Permits are not required in all regions of the United States. Building permits, as an indicator, provide information regarding demand in US housing market. In case a higher-than-anticipated number is reported, this will certainly support the greenback. The official housing data is due out at 13:30 GMT.

At 19:00 GMT the Federal Open Market Committee (FOMC) will release the minutes from its meeting on policy held on October 28th-29th. The minutes offer detailed insights on FOMC’s monetary policy stance. This release is closely examined by traders, as it may provide clues over interest rate decisions in the future. High volatility is usually present after the publication.

According to Binary Tribune’s daily analysis, the central pivot point for the pair is at 1.5647. In case GBP/USD manages to breach the first resistance level at 1.5668, it will probably continue up to test 1.5701. In case the second key resistance is broken, the pair will probably attempt to advance to 1.5722.