Skip to content
Home  »  Stock News   »   Saab AB’s share price up, strikes a $5.4-billion deal with Brazil over the development and production of 36 Gripen jets 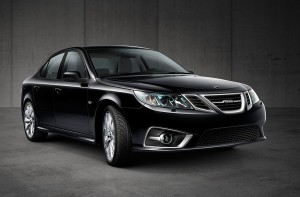 Saab AB revealed in a statement that it sealed a contract with Brazil for development and production of 36 Gripen NG jets. The deal is estimated to SEK 39.3 billion ($5.4 billion) and comes after Saab has lost such a transaction with Switzerland.

The Chairman of the Sweden-based company, Marcus Wallenberg, said in the statement, cited by Bloomberg: “We are proud to stand side-by-side with Brazil in this important program. There is already a long and successful history of industrial cooperation between our two countries, and this historic agreement takes that partnership to a new level.”

According to the statement, the contract includes a total of 36 aircraft – 28 single-seat and 8 two-seat Gripen NG units. The deliveries are expected to start in 2019. The Sweden-based company was chosen by Brazil in December 2013 and has been negotiating with the company since then.

As reported by Reuters, Saab said in its statement on Monday: “Since then all parties have negotiated to finalize a contract. Todays announcement marks the successful conclusion of that process.”

The contract is expected to come into effect after certain conditions have been met, including necessary export control-related authorizations. According to Saabs statement, these conditions are expected to be fulfilled over the first six months of 2015. The deliveries are planned to start in 2019 and will last until 2024.

Joining forces with Brazil could provide Saab with the opportunity to bring a new life into its Gripen series, after the latter has faced some problems, because of the rejection of its deal with Switzerland. The transaction was estimated to CHF 3.1 billion ($3.3 billion) and included 22 aircraft. The Gripen jets are now to replace the Air Force of Brazil, which currently consists of Mirage 2000 fighters.