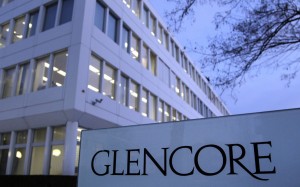 Glencore Plc approached Rio Tinto Plc with a merger proposal in July 2014, which would have been one of the largest deals in the history of mining industry, but Rio Tintos board rebuffed the acquisition offer and has not been in contact with the company since early August.

Rio Tinto said in a statement, which was cited by the Wall Street Journal: “No discussions are taking place with Glencore.” The company explained that the takeover bid was “not in the best interests” for its shareholders. “The board’s rejection was communicated to Glencore in early August and there has been no further contact between the companies on this matter.”

On Monday, Bloomberg reported that Glencore has approached Rios biggest shareholder, Aluminum Corp. of China, to assess its views of a possible merger. Chinalco, as the company is known in China, controls 9.8% of Rio Tinto. A person with knowledge of the matter, who asked not to be identified as the matter is private, said for Bloomberg that talks have been taking place in the recent weeks.

U.K.-based Glencore has been repeatedly explaining it seeks to expand its acquisitions after the takeover of Xstrata Plc was finalized last year. It the deal with Rio Tinto was completed, this would have made Glencore the worlds biggest mining company and the second-biggest iron-ore producer after Vale SA.

An eventual merger with Rio Tinto would have been greatly benefited Glencores mining operations, because the company manufactures no iron ore, while Rio is the second-biggest miner of the commodity and derives almost all of its earnings from it. The merger would create a company valued at more than $160 billion, leapfrogging ahead of BHP Billiton Ltd. as the world’s biggest.

Analysts at Liberum Capital Ltd – Ben Davis and Richard Knights wrote in an e-mailed note, which was cited by Bloomberg: “Next year provided potentially the best opportunity for such a move, but today’s news should put a relative floor under Rio’s shares, preventing an opportunistic bid.”