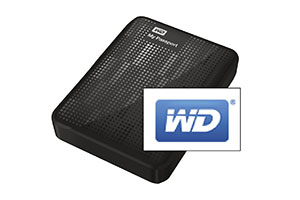 The companys Chief Executive Officer Mr. Steve Milligan said in a statement, which was cited by MarketWatch: “On behalf of the board of directors and all Western Digital employees, I express my deep gratitude to Tim Leyden for his more than two decades of dedicated service and leadership. Tims integrity, work ethic and sound judgment leave an indelible mark on our company. In all of his roles, he has helped make a great company even stronger and more broad-based. We wish him the very best in his retirement.”

According to the statement, former Chief Financial Officer Leyden will remain with Western Digital until January with advisory functions. WD is one of the global providers of products and services that allow customers to create, manage and preserve digital content. The company has been recently focused on expanding its product offerings by conducting several acquisitions in order to boost and consolidate its presence at the solid-state-drive market.

During his two-decade serve at Western Digital, Mr. Leyden has worked held a variety of leadership positions. He was Chief Financial Officer in the period between 2007 and 2010, and Chief Operating Officer From 2010 to 2012.

His successor, Mr. Olivier Leonetti, has been serving as vice president of finance at Amgen Inc. since 2011. He has previously been employed at several leadership positions in global finance at Dell Inc.

As reported by the MarketWatch, Western Digitals Chief Executive Officer Mr. Milligan also said: “We are very fortunate to attract Olivier Leonetti as our new CFO at this exciting time in the evolution of our company. Olivier is a capable and well-rounded finance leader with broad global experience. He is a valuable addition to our executive team.”