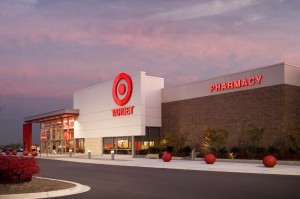 Target Corp., the second-largest discount retailer in the US, posted Q2 earnings today to log robust performance in the US and discouraging data from Canada. Investors acknowledged the steady overall sales growth, and put bets on the new leadership, reversing the pre-market share drop.

The Minneapolis-based company reported a 1.7% sales increase on an annual basis in the second quarter ended August 2, at $17.4 billion. Same-store sales were flat in the US, while in Canada they were down 11%. Net income was 61.7% lower at $234 million, or $0.36 per share, though the figure includes several one-off charges, without which earnings per share are at $0.78, or just 20.6% lower than a year ago.

“While results from the quarter didnt meet our expectations, we are seeing some early signs of progress as we work to improve results in the US and Canada,” said John Mulligan, executive vice president and chief financial officer of Target Corporation. “In the US, traffic trends continue to recover and monthly sales are improving, driven by early back-to-school results.”

Performance was seriously impaired by a security breach during holiday season last year, which added some $148 million to Targets expenses in Q214 alone, while the image damage is hardly quantifiable.

The companys reputation was hurt enough, to prompt big promotion campaigns in order to fuel sales. Targets gross margin suffered, as a result, dropping to 30.4% from 31.4% a year ago.

The retailers full-year profit guidance was also severely lowered. The company now projects per-share earnings of $3.10 to $3.30, down some 13% from the previous forecast.

Troubles were noted by Brian Cornell, chairman and chief executive officer of Target Corporation, who joined the company last week, and his priorities were pointed towards achieving long-term success.

“In the coming weeks and months I will be focused on listening and learning from Target team members in the US and Canada, and working with the leadership team to develop guest-focused, strategic plans to position Target for long-run success,” said Cornell.