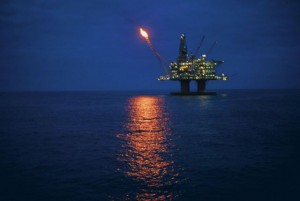 Natural gas futures continued downwards during early trade in Europe today, after logging the biggest daily loss in a month on Wednesday. Investors await the key US natgas storage report, which will probably reveal another sizable build.

“Momentum clearly now favors the bears and we expect if the [natgas build] number comes in neutral or larger than estimates, prices will likely continue to sell off toward $3.75,” analysts at NatGasWeather.com said in a note to clients today.

Experts suggest an injection in the range of 81-84 billion cubic feet, some 30 bcf above the average for the past five years. Also, the next two weeks will probably also have larger than average builds. Should that projection realize, it would be five months of continuous larger-than-average weekly builds, which will bring inventories back to comfortable levels ahead of heating season, which typically starts in November.

Power plants account for 30% of US natgas consumption, and usually air conditioners are put to hard work in the summer, pushing natural gas demand higher. This year, however, below-par temperatures in what is normally peak heating season depressed prices after the surge in heating demand during the brutally cold winter.

The northeastern US are still experiencing cooler than normal weather, with showers and clouds keeping temps at sub-seasonal to near-normal, NatGasWeather.com reported today. Readings will slowly climb into the weekend and early next week, with more warm later next week. The South remains quite hot, with highs in the 90s and in triple digits in places, with more heat forecast for the next week. Overall cooling demand will be lower than normal.

In the 8-14 day outlook, most of the US will be subject to a high pressure build, which will allow for rising temperatures across many highly populated areas, allowing for moderate cooling demand. The North, however, remains vulnerable to cool Canadian air, which could lower temps later in the period.

According to Binary Tribune’s daily analysis, September natgas’ central pivot point on the NYMEX stands at $3.876. In case the contract penetrates the first resistance level at $3.941 per million British thermal units, it will encounter next resistance at $4.050. If breached, upside movement will probably attempt to advance to $4.115 per mBtu.

If the energy source drops below its first support level at $3.767 per mBtu, it will see support at $3.702. If the second key support zone is breached, the power-station fuel’s downward movement may extend to $3.593 per mBtu.