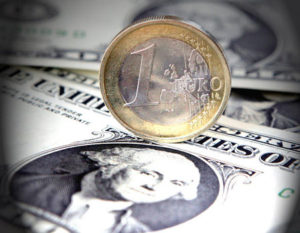 According to Binary Tribune’s daily analysis, the central pivot point for the pair is at 1.3374. In case EUR/USD manages to breach the first resistance level at 1.3407, it will probably continue up to test 1.3447. In case the second key resistance is broken, the pair will probably attempt to advance to 1.3480.