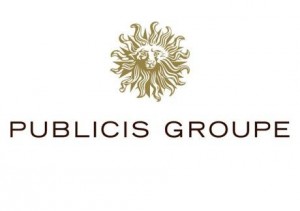 France-based Publicis Groupe SA and US rival Omnicom Group Inc. called off a $35-billion plan to merge and create the worlds biggest advertising company as the two parties failed to overcome major difficulties which slowed the process of completion.

The all-stock deal, which was announced in July as a merger of equals, would have created a company with $23 billion in revenue that would be led jointly by the two companies CEOs – Publicis Chairman and Chief Executive Officer Maurice Levy and Omnicom CEO John Wren. The new entity would have provided scale and more resources to invest in new technologies, vaulting it into a more digital age, but analysts had expressed caution right from the start, claiming that the two companies would lose clients to competitors in the short term.

The deal was impaired by multiple issues, ranging from different corporate cultures to organizational matters, which delayed the process of negotiations and created uncertainties for the companies stakeholders, leading to one logical end – a unanimous vote to call off the deal.

Omnicom Chief Executive John Wren, said, cited by Reuters: “There was no one factor. There are a lot of complex issues we havent resolved. There are strong corporate cultures in both companies that delayed us for reaching an agreement. There was no clear finish line in sight and uncertainty is never a good thing when you are in the personal service business.”

According to a person familiar with the matter, cited by Bloomberg, the merger plans stalled when the two companies failed to reach an agreement on key management roles or on integration from top to bottom.

One of the sticking points over the merger was the inability of the two boards to agree on a chief financial officer who would have implemented the deal and would determine how the new entity will operate. The disagreement was due to the companies fundamentally different management structures – Omnicoms more freely operating subsidiaries against Publicis centralized structure.

Tax issues were also on the table as Mr. Wren said in April that they still hadnt received approval to have tax residency in Britain, while the new entitys legal headquarters are based in the Netherlands. He said that the transaction was “moving slower than we originally anticipated”.

Maurice Levy said in a statement: “The decision to discontinue the process was neither pleasant nor an easy one to make, but it was a necessary one. Prolonging the situation could have led to the diversion of the group’s management from its principal function: to best serve our clients.”