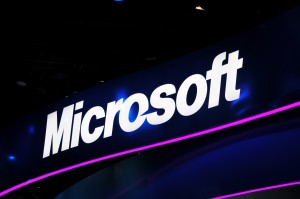 The acquisition of Nokias handset business has been confirmed by Microsoft Corp. The deal, which is estimated to 5.4 billion euros and was initially announced in September 2013, is expected to be finalized this Friday.

It is still not clear if the major handset manufacturing plant located in India will be included in the acquisition. It is possible the transfer of the asset to be delayed because of the arguments between Indian tax authorities and Nokia. As reported by the Wall Street Journal, Nokia said in its statement: “The situation [in India] is a complicated one, and Nokia is continuing to weigh its options. As there is still time before the closing of the deal, we cannot speculate on possible outcomes at this point.”

The transaction was planned to be closed until the end of March 2014, but is about a month behind the initial schedule. The acquisition was delayed several times because it failed to meet regulatory requirements of several Asian countries. Some of the original terms of the acquisition were changed, but as reported by the Financial Times, Microsoft said in its statement that the “steps necessary to finalise” the deal had been completed. The General Counsel of Microsoft Corp. – Mr. Brad Smith published a post on the companys official blog, saying there were some changes in the “size, scale and complexity” of the transaction.

It also became clear that unlike originally agreed, Microsoft would not acquire Nokias manufacturing plant located in Korea.

As reported by the Wall Street Journal, Nokia made a news release on Monday, saying that the transaction is “now subject only to certain customary closing conditions”. The Financial Times, also cited part of Nokias statement related to Microsofts acquisition of the companys major handset factory in India. Nokia revealed there was “still time before the closing of the deal”. It also said: “With Chennai, it is worth remembering that we have said we will consider a services agreement with Microsoft should our Indian assets not be able to transfer at the close of the global deal.”

After finalizing the deal, Nokia is also expected to appoint a new Chief Executive Officer as a successor to Stephen Elop, who is departing to join Microsofts team. One of the candidates, who are most likely to be chosen for the CEO position, is Rajeev Suri, who currently manages the mobile network division of the company.