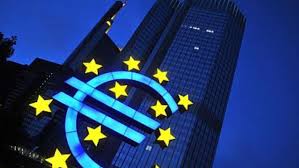 The euro edged slightly higher against the US dollar on Thursday, after the European Central Bank (ECB) decided to keep interest rates unchanged, even after inflation in the euro area slowed to the weakest pace since October 2009. Investors focus was shifted to the upcoming press conference of the ECB President Mario Draghi, who will analyze the decision and will provide forward guidance.

The European Central Bank announced today, at the policy meeting in Frankfurt, that it will maintain the benchmark interest rate at a record-low 0.25 percent, the deposit rate at zero and the marginal lending rate at 0.75%. In November, the central bank unexpectedly cut its benchmark interest rate to a record-low 0.25%, after annualized inflation rate in the euro area slowed down to 0.7%.

Central banks officials refrained from taking action as there were contradictory signals, as recent data added to evidence that the economy is gaining momentum, the common currency has risen more than 7% against the US dollar in the past year and inflation bottomed at the weakest level in four years last month, underlining the risks to the outlook. At the same time, unemployment also remained near a record-high in February.

The ECB President Mario Draghi is expected to hold a press conference at 12:30 GMT to present the measures the central bank can take, including those endorsed by Jens Weidmann.

“Many would argue that the inflation outlook in particular has been bad enough for a long time already to justify more ECB action,” commented Greg Fuzesi ahead of the ECB decision, an economist at JPMorgan Chase & Co. in London, who forecast rates will stay unchanged, cited by Bloomberg. “We view the recent comments by Weidmann on QE and a negative deposit rate as helpful as they allow Draghi to threaten action more credibly.”

The governor of the Bundesbank and member of the ECB Governing Council, Jens Weidmann commented last week, the ECB may use negative interest rates to counter further appreciation of the 18-nation common currency and added that policy makers have not ruled out introducing new stimulus to fight against deflation.

European Central Bank Vice President Vitor Constancio commented on April 1 that the euro area will probably avoid deflation as the economic recovery is gaining momentum and “the low figure in March will be corrected to a high figure in April”, referring to the inflation rate.

At the same time, he underlined that the recovery remains fragile as there are threats from external shocks and the euro area may continue to experience weak price pressure for a prolonged period of time.

Constancio’s comments come after data showed on Monday the euro zone’s preliminary annualized index of consumer prices, evaluated in accordance with Eurostat’s harmonized methodology, slowed down to 0.5% in March from 0.7% in February, trailing analysts’ forecasts for a smaller decline to 0.6%. March’s inflation rate is the weakest since October 2009 and marked a sixth straight reading below 1%, remaining quite far from European Central Bank’s inflation target of just under 2%.

The central bank forecast weak price pressure to remain in place until at least 2016, with an inflation rate of 1% in 2014 and 1.3% next year, well below its target of 2%, which is used as a benchmark for price stability in the medium term.

Meanwhile, demand for the US dollar was supported as a report by Automatic Data Processing Inc. (ADP) showed yesterday, the US private sector added 191 000 workers last month after February’s number was revised up by 39 000 to 178 000, However, analysts’ forecasts called for a 195 000 gain in March.

The ADP report usually comes out two days before the official employment report by the Bureau of Labor Statistics (BLS), thus, providing clues over the tendency in nation’s non-farming sector. The government report scheduled to be released tomorrow may show private payrolls rose by 200 000 in March, the most in four months, according to the median experts’ forecast. A separate report by the Institute for Supply Management may show its non-manufacturing index surged to 53.5 last month from 51.6 in February.