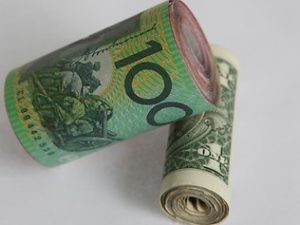 Australian dollar managed to recover from earlier daily losses against its US counterpart on Tuesday, while the Reserve Bank of Australia (RBA) decided to keep borrowing costs without change at its policy meeting today, as the exchange rate of the national currency was still high.

At the policy meeting earlier on Tuesday the Reserve Bank of Australia decided to leave its benchmark interest rate unchanged at the current record low level of 2.50% in line with expectations.

According to RBA Governor Glenn Stevens, recent decline in the exchange rate of the Aussie favored nations economy, but however, the rate remained still high by historical standards.

“The most prudent course is likely to be a period of stability in interest rates”, Stevens said in a statement following central banks decision, reiterating remarks he made after the policy meeting in February.

“It’s a small negative for the Aussie in that the RBA was willing to resume even the mildest jawboning,” said Sean Callow, a currency strategist at Westpac Banking Corp. in Sydney, cited by Bloomberg News. “It’s just a very gentle reminder that longer term, they do expect the Aussie will be lower.”

The Aussie gained some ground earlier in the day, after a report made it clear that the number of building approvals in Australia rose 6.8% in January compared to a month ago, which outstripped preliminary estimates of a 0.5% gain. Decembers drop has been revised up to 1.3% from 2.9% previously.

In annual terms, the number of building approvals jumped 34.6% in January, following another 22.5% increase in December.

The yield on Australian benchmark 10-year bonds climbed two basis points, or 0.02 percentage point, to reach 4.01%, while the yield on nations three-year bonds rose five basis points to 2.83%, after reaching 2.76% on Monday, or the lowest level since September 30th.

Meanwhile, yesterday the Institute for Supply Management (ISM) reported that manufacturing activity in the United States expanded at a faster than projected pace in February, which eased concerns that economy may remain vulnerable. The corresponding PMI advanced to a reading of 53.2 last month from 51.3 in January, while analysts had expected that the index will climb less, to 52.0 in February. Values above the key level of 50.0 are indicative of expansion in activity.