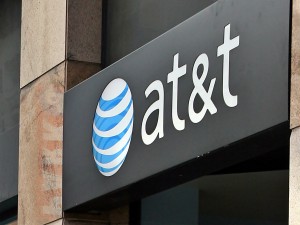 The mobile provider, called it “best-ever prices,” and said a family of four can get unlimited talk and text with 10GB of shared data for $160 a month. The discounts are available to any customer, including small businesses with up to 10 lines, and customers of other carriers who switch to AT&T.

To compare prices, a similar package under AT&T’s previous plan would cost $200, and Verizon Wireless would charge $260.

AT&T and T-Mobile U.S. have recently been in a fierce battle over market share. After T-Mobile spent several quarters directly marketing to AT&T customers, AT&T recently offered to pay T-Mobile customers to switch to its service.

Earlier in January, AT&T Inc. said it will pay T-Mobile Inc. customers as much as $450 to switch to their services, in an unusual move marking the aggressive advertising company has been using.

T-Mobile has launched an assault on its larger rival under Chief Executive John Legere, who has taken aim at AT&T in television ads and in direct comments, some of them defined inappropriate for a public event.

“This is about being competitive,” said for Bloomberg, David Christopher, chief marketing officer for AT&T Mobility. “We feel we have the best network and the best value in the marketplace,” Christopher said.

As part of its new strategy, AT&T, for a limited time, is offering new and existing customers a $100 credit for each new line of service. While it does not have an ad Sundays Super Bowl broadcast, the company plans to run existing advertising the same day in hopes of generating interest in its plans.

The analysts from CNN Money offering 12-month price forecasts for AT&T Inc have a median target of 38.00, with a high estimate of 42.00 and a low estimate of 34.00. The median estimate represents a 14.05% increase from the last price of 33.32. The current consensus among investment analysts is to hold stock in AT&T Inc.