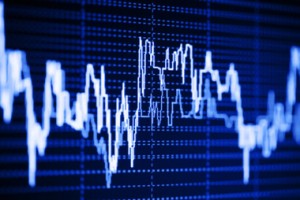 U.S. stocks dropped, following the worst week since 2012 for benchmark indexes, as concern over Federal Reserve plans to cut stimulus and an economic slowdown in China tempered gains in industrial shares.

“Nobody likes to see the market go down, but on the other hand I cant say Im all that surprised,” said to The Wall Street Journal, Lee Spelman, a client portfolio manager with J.P. Morgans U.S. Equity Fund, which manages $9.5 billion. “You cant just have a market that goes straight up.”

The central bank, which starts a two-day meeting tomorrow, decided at its December gathering to begin cutting its monthly bond purchases by $10 billion to $75 billion.

The meeting is the last for Chairman Ben S. Bernanke, as Janet Yellen takes over starting February 1. The Fed stimulus has helped fuel a five-year bull market that has pushed the S&P 500 higher by 165%.

The decline in stocks last week places additional focus on this weeks Federal Reserve policy meeting, investors said, where Fed officials will consider whether to continue winding down their stimulus measures.

Sales of newly built homes in the U.S. fell in December by a greater-than-expected 7% to a seasonally adjusted annual rate of 414,000.

Weak data out of China last week sparked a sell-off in emerging-market stocks and currencies, which in turn triggered a move out of risky assets globally. Assets viewed as havens, such as Treasurys and gold, spiked.

In corporate world, Apple Inc., climbed 0.8% to $550.50 in regular trading before the company reported fiscal first-quarter results. The shares sank 6.3% in extended trading at 4:35 p.m. in New York after the company’s second-quarter revenue forecast of $42 billion to $44 billion trailed the average analyst estimate of $46.10 billion.

Merck & Co. advanced 1.1% to $52.53. The second-largest U.S. pharmaceuticals company was raised to overweight, an equivalent of buy, from underweight by Morgan Stanley on expectations that cancer drugs will help Merck boost sales.

AT&T rose after the U.S. telecommunications giant said it didnt intend to make an offer soon for the U.K.s Vodafone Group after months of speculation of a potential deal. The U.S.-listed shares of Vodafone dropped.

Caterpillar rallied 5.9% to $91.29 after saying it will spend $10 billion buying back shares. The company also reported earnings of $1.54 a share, exceeding the average analyst forecast.