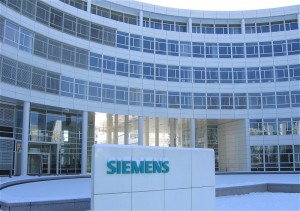 Siemens AG, which is currently known as the largest engineering company in Europe, posted fiscal first-quarter earnings that managed to beat analysts estimates. These results were facilitated by the fact that the profitability of the infrastructure unit more than doubled.

Siemens, based in Munich, made a statement today, saying that its income from continuing operations increased by 21% to 1.39 billion Euro (1.9 billion dollars) in the three months ended in December 2013. Analysts average estimate was 1.33 billion Euro. Siemens also announced that it decided to end its listing on the New York Stock Exchange in order to cut costs and reduce the complexity of its financial reporting.

The Chief Finance Officer of the company – Ralf Thomas – made a separate statement today, which was cited by Bloomberg: “Our commitment for the U.S. and the importance of this market remains unchanged. We expect the delisting to result in a significant increase of efficiency and a reduction of complexity in our financial reporting.”

Joe Kaeser, who was the Finance Chief Officer and became a Chief Executive Officer in August 2013, announced that Siemens would not meet its goal for 2014 profit. The latter represents 12% of the company sales, and was supported by a plan to cut costs by about 6.3 billion Euro by the end of the fiscal year. Mr. Kaeser wants to help the company reach the profitability of ABB Ltd. And General electric Co. by reducing charges for mismanaged projects.

Mr. Kaeser has shared that the company is to select its projects more carefully from now on. He said in a statement cited from Bloomberg: “We delivered a sound quarter to start our fiscal year. As expected, market conditions were not in our favor. We continue to focus on our productivity program.” The Chief Executive Officer of the company said today that he expects Siemens markets to remain challenging in fiscal 2014 as the companys short-cycle businesses arent anticipating a recovery until late in the fiscal year.

One of the analysts working for Credit Suisse – Simon Toennessen, said in an interview for Bloomberg: “Its a mixed set of results – orders beat, but revenue missed. Again there were higher-than-expected charges in wind transmissions, 67 million Euro versus the 18 million-euro consensus.”

Siemens said that its power transmission business posted its first-quarter loss of 84 million Euro partly because of “continuing project execution challenges”. It also explained that wind transmission charges and wind-farm grid connections in Germany are connected. The company shared its beliefs that a higher proportion of projects with “low or negligible profit margins” hurt its profit, adding that the division faces “continuing challenges in coming quarters”. The company expects its transmissions unit to break even or post a “low single-digit” profit margin in 2014, excluding project charges.

According to Bloomberg, the current share price of Siemens AG is 0.14% up, and its one-year return rate is 23.43% up.