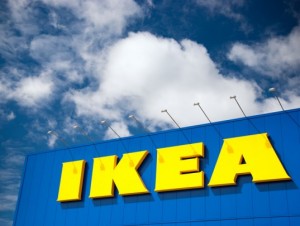 Ikea Group, which is considered as the biggest furniture retailer in the world, announced a gain in its annual profit. The company also said that household consumption is recovering in several markets.

The statement made today revealed that the net income of Ikea Group for the 12 months ended on August the 31st rose by 3.1% and reached 3.3 billion Euro (4.5 billion dollars). Peter Agnefjaell, who is the Chief Executive Officer of the company made a separate statement, cited by Bloomberg: “Household consumption has strengthened in several markets. Its too early to say the difficult economic situation is over but there are positive signs.

CEO Agnefjaell, who became Chief Executive Officer of the company in September 2013, also said that most important markets, such as the one in the U.S. are currently recovering, and Ikea has managed to see the signs of a general recovery in Europe, as well as an improvement in several countries in Southern Europe. He said: “Consumers have more confidence, the have started to buy more and open their wallets more. We still see room for growth even in the most mature Ikea markets.”

About 2.5 billion Euro is planned to be invested by Ikea Group for the fiscal 2014 in stores, factories, renewable energy and shopping centres, which is more than the last years investments of the company, which were estimated to 1.9 billion Euro. Ikea Group also announced that 1.5 billion Euro has been allocated for investments in renewable energy until 2015. Moreover, the company plans to spend the money on solar panels at its stores or wind turbines around the world.

Still, other companies face some difficulties in Europe. For example, the stocks of Carpetright Plc decreased by 4.15% in London trading today, after the company has forecast that underlying pretax profit for the year would miss analysts estimates due to a deterioration in the Netherlands.

Ikea is aiming to double its sales by 2020. The company plans to improve its already existing stores, to open some new ones and to expand its e-commerce offer. Ikea has also said that more than 1.3 billion people visited its website during 2013, compared to 1.1 billion visits in 2012.

At August the 31st, the company owned 303 stores located in 26 countries. On October the 14th 2013, Ikea Group announced that its full-year sales rose by 3.1% and reached 27.9 billion Euro. Its gross margin increased by 1.5% to 43.4% and was benefited by improved efficiency in its supply chain.