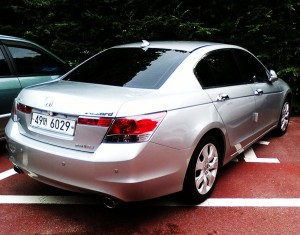 Honda Motor Co., which develops, manufactures and distributes motorcycles, automobiles, and power products such as generators and farm machinery, and which is also known as the company that makes two of the three cars with the highest production levels in North America, became a net exporter in the U.S. for the first time in 2013. The company currently manages to ship more vehicles overseas than it brought in from Japan.

Rick Schostek, who is the Senior Vice President of the companys North American unit, said in a conference call cited by the Wall Street Journal: “We expect to remain…a net exporter and strengthen our position as a net exporter.”

The company announced in an official statement made today that exported 109,705 Honda and Acura cars and light trucks from the assembly plants in the U.S. in 2013. At the same time, it imported a total of 88,537 units from Japan. This helped the company to achieve the goal set in Decemper 2012 to become a net auto exporter from North America within two years.

The Executive Vice President and North America Chief Executive Officer of Honda Motor Co. – Tetsuo Iwamura made a statement cited by Bloomberg. He said: “Achieving net exporter status is a natural result of our commitment and investment in the U.S. and North America.”

Honda Motor Co. became the first Japanese automaker to build cars in the U.S. The companys path started in 1982 with a plant located in Ohio. Currently, Honda has more auto-production capacity in North America than its home market. Today the company officially revealed that the last three years investments in factories located in North America are estimated to more than 2.7 billion dollars. The company also said it considers that it will be able to build at least 1.92 million units in the region after the addition of the Celaya plant.

Ron Lietzke, who is a spokesman of Honda in North America did not disclose any of the companys export and import figures for Canada and Mexico last year.

According to Bloomberg, the current share price of Honda Motor Co. Ltd is 0.87% down, and its one-year return rate is 16.88% up.