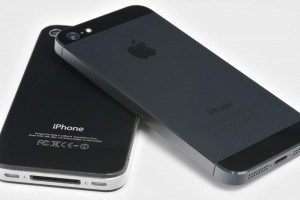 The sales of Apple Inc.s iPhone over the holiday seasons, as well as the revenue forecasts for the current quarter fell behind the analysts estimates. This comes here to prove that the companys flagship product is losing its popularity as a main engine of the smartphone market.

Apple made an official statement today and announced that a record 51 million iPhones were sold for the first quarter of the fiscal year ended on December the 28th. The sales, however, missed the analysts estimates for 54.7 million handsets. Apple also revealed that its revenue is expected to be from 42 to 44 billion dollars in the current quarter, and it will most likely also miss analysts estimates of 46.1 billion dollars.

These results, and especially the iPhone sales over the holiday season point out that there may be a decreasing demand for new models of the high-end smartphone, which is the primary profit source of the company. The market is currently flooded by new and also cheaper offerings made by Apples competitors, which affected the sales of the company during the end-of-year shopping season. One of the main rivals of Apple – Samsung Electronics Co. announced its slowest revenue growth since 2011 last week.

One of the analysts working for Gartner Inc. – Van Baker, said for Bloomberg: “The high-end of the market is saturated. Apples going to have to rethink its approach.”

According to Strategy Analytics, cited by Bloomberg, the smartphone growth of Apple is falling behind on the global market. The companys shipments increased by 13% last year, while the broader market increased by 41%. The research firm said that at the same time, the companys share of the market fell from 19% to 15%, while Samsung, for example, managed to capture 32%.

Channing Smith, who works at Capital Advisors Inc. said: “To expect the kind of growth we saw years ago is not feasible. These are more expensive products, especially what Apple is selling, and that condenses the market opportunities.”

Mr. Peter Oppenheimer, who is the Chief Financial Officer of Apple Inc., explained that the revenue forecast for the current quarter was formed under the influence of a stronger U.S. dollar, compared with the Japanese yen and Australian dollar, deferred revenue, lower sales of iPhod music player and the fact that iPhone sales started in China earlier than with previous models.