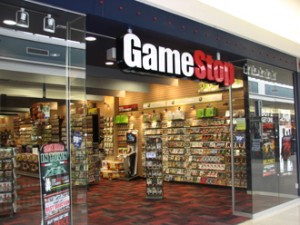 GameStop Corp. has been currently undergoing through the most serious difficulties in 11 years. The company reduced its earnings forecast due to games sales, which were lower than the initially expected, and reduced profit margin from consoles in the holiday period.

The shares of the company had their biggest decline since December 2002, by falling to $36.31 at the close in New York. The stock rose 96% in 2013. The company announced that it expects to gain a fourth-quarter profit estimated to $1.95 a share at most, reduced from a maximum of $2.14. The average of estimates compiled by Bloomberg showed that analysts forecast $2.14 a share.

Mr. Rob Lloyd, who is the Chief Financial Officer of the company, explained that the hardware sales higher percentage resulted in lower profit margin. One of the main reasons for that was the increased demand for PlayStation 4 of Sony Corp. and Xbox One of Microsoft Corp. The new software sales of GameStop collapsed 23% in the nine-week period, which ended on January the 4th.

One of the analysts working for Piper Jaffray Cos. – Michael Olson – said that games were “materially weaker than even our cautious expectations”. He also said: “The weakness in new software is more of a cyclical issue that has recovery potential later in 2014 as the next gen console installed base continues to grow.”

Currently, the video-game industry is trying to capitalize on the new consoles. Just like some console producers and game publishers, GameStop Corp. has experienced a drop in customer spending that lasts for two years now. At the same time, social network and mobile phones games become more and more popular among consumers.

GameStop Corp, which is located in Grapevine, Texas also announced on January the 4th that its holiday same-store sales rose 10%. This is due to the fact that the demand for the new game consoles also increased. The companys total global sales increased to $3.15 billion, which is 9.3% more.