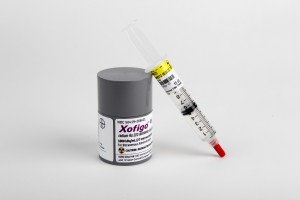 Bayer AG submitted an offer worth $2.4 billion for the purchase of Norways Algeta, its partner for a new prostrate cancer treatment, at a 27% premium to the stocks last close, Algeta reported today.

Algeta, confirmed it was “in receipt of a preliminary acquisition proposal” from Bayer, while emphasizing that company is still uncertain of its decision.

“Discussions are at an early stage and further announcements may be made, as appropriate, in due course,” it said in a statement.

Bayer has already worked together with Algeta for a prostate cancer treatment called Xofigo, which generated $17 million in sales in the third quarter after its launch in the US this year. Investors, however, bet that the German group would most likely has to deal with growing interest of competitors as Algetas Chief Financial Officer said that rival bids would also be considered.

“I would not exclude that opportunity, but of course that is not my call.”

Andrew Baum, pharmaceutical analyst with Citi Investment Bank, said in a note to Financial Times: “Bayer always seemed to us the natural eventual acquirer for Algeta given its global collaboration. Given the potential levers for upside, we believe there is room for modest nudging up of the take out price.”

Xofigo sales reached $17 million so far in the third quarter. However, it received marketing authorization in the European Union this month and analysts expect sales to take off over the next several years.

Annual worldwide sales are expected to reach $940 million by 2018, according to consensus forecasts compiled by Thomson Reuters Pharma, while Algeta says its own round-up of analyst forecasts puts sales well above $1 billion by that time.

Algeta shares have soared this year on the early success of the drug and the offer price is 125% above the stocks level 12 months ago. Before the bid, Algeta was trading at close to 20 times its expected 2015 earnings

The current consensus among analysts polled by Reuters is to buy stock in Bayer AG.