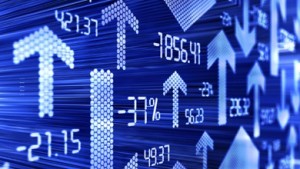 U.S. stocks increased by little, as the Dow Jones Industrial Average extended its record, as investors awaited retailer earnings reports to asses the strength of consumer demand and the likelihood of cuts to monetary stimulus.

On Friday, stocks rose broadly while the Dow surged 168 points, after better-than-expected October jobs data. The Labor Department said employers added 204,000 jobs last month. “The economic data hasnt been quite as weak as people thought because of the government closure,” said Ken Taubes, a portfolio manager at $215 billion mutual-fund firm Pioneer Investments in Boston, adding that he is keeping equity allocations high. “Global growth looks OK, maybe better than [it has] been.”

some investors doubt the strength of the stock market. Scott Armiger, president of Christiana Trust, which oversees about $5.6 billion, said to Wall Street Journal he is worried the stock market has gotten too far ahead of itself given the years gains, and its heights arent justified by current levels of economic growth.

“Were participating [in the market] and enjoying it … but it doesnt feel real enough for us,” he said, adding that it “would not be unreasonable” to see a correction in the near future.

In corporate news, Amazon.com Inc. added 1.2% to $354.38. The world’s biggest online retailer said it is teaming up with the U.S. Postal Service to offer Sunday delivery.

ViroPharma surged 25.5% after the company agreed to be acquired by Dublin-based Shire for $4.2 billion.

Twitter added 3%, compensating for an early loss. On Friday, the micro-blogging service slid 7.2% on its second day as a public company but still closed 60% above its $26 initial public offering price.