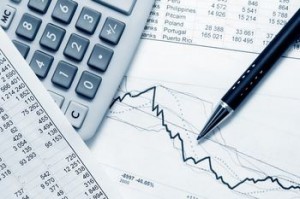 U.S. stocks jumped, which put to an end the first two-day drop in the Standard & Poor’s 500 Index in more than 20 days, as optimism about corporate earnings offset concern triggered by improving economic data that the Federal Reserve could reduce stimulus by the end of the year.

Investors have been following to the detail economic data in recent months, as they try to determine when the Federal Reserve could start to pare back its easy-money policies, which have helped power this years stock-market to records. ISM Manufacturing data exceeded estimates on Friday as it showed improvement in US industry.

“Just being worked up can make the market jump around,” said for The Wall Street Journal, John Manley, chief equity strategist at Wells Fargos funds unit, which manages about $200 billion in assets. “Anything that looks like economic growth will raise a little bit of concern.”

The data issued on Friday came amid concern the 16-day U.S. government shutdown may have slowed growth in the fourth quarter. The economy will probably expand at a 2% annualized rate in the final three months of the year, less than economists projected.

In corporate news, First Solar added 18% to $59.14 as sales of power plants and revenue from new projects boosted profit. Net income rose to $195 million, or $1.94 a share, from $87.9 million, or $1, a year earlier, according to a statement late yesterday. Analysts on average had predicted earnings of 83 cents.

Chevron lost 1.6% to $118.01. The second-largest U.S. energy producer said profit from processing crude oil into fuels declined 45% during the third quarter amid rising costs and repairs at a California plant that crimped gasoline and diesel output. Furthermore, the refining slowdown overshadowed a 2.7% rise in oil and gas production.

Container Store jumped 101% as it more than doubled in its trading debut, in the latest well-received initial public offering of a consumer company.