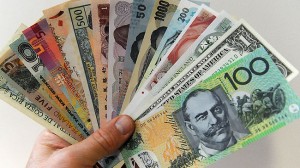 Australian dollar lost value against its US counterpart for a second day in a row, after the Reserve Bank of Australia (RBA) said a weaker currency should support exporters, while the uncertainty over Feds monetary policy also weighed on sentiment.

The Aussie retreated for a fourth day in five against the greenback, after the RBA said in its semiannual financial stability review, that a weaker currency “should provide support to some trade-exposed sectors.” This urged nations banks to keep loan standards as they remained in good health, while households’ risk appetite seemed to improve.

In addition, on Tuesday the Australian and New Zealand dollars have been under selling pressure, as a September 30th deadline loomed to prevent a US government shutdown, according to Bloomberg. On Monday the Senate of the United States began considering a measure the House passed on September 20th, that cuts off money for President Barack Obama’s health-care law and finances the federal government through the middle of December. With government funding set to expire on October 1st and the Treasury expected to lose its ability to borrow funds in mid-October, federal offices have begun considering the possibility of a shutdown.

Also, the Australian government started selling inflation-linked securities due in 22 years, with the purpose to extend the maturity of its debt, according to the Australian Office of Financial Management.

Traders saw a 55% probability that the Reserve Bank of Australia will reduce additionally its benchmark interest rate from the already record low level of 2.5% by April next year. The odds of such an action were 49% yesterday.

Concerns over the US recovery outlook appeared, after the surprising decision by the Federal Reserve Bank not to taper its stimulus program in September at its meeting last week. Another indicator to add to these concerns was the US consumer confidence, as it decreased at a faster pace than projected in September. Its corresponding index slowed down to 79.7 in September from the revised up reading of 81.8 in August.