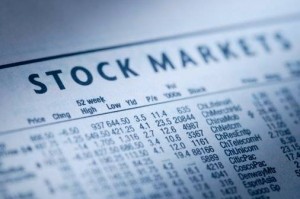 US stocks recorded a serious drop on the last day of the month. The benchmark indexes recorded a significant drop, however not strong enough to change the positive outlook for the month. Among all 10 industries included in S&P 500, only technology and financial sectors recorded climbs while the rest plunged late on Friday. Bank of America and Morgan Stanley surged by more than 3% following Moodys upgrade on US banking system. Telephone and utilities companies were among the biggest losers. Exelon and Verizon fell more than 5.7%.

Dow Jones Industrial Index declined 1.4% recording a plunge of 70 points at the last 5 minutes of trading. The end of the month usually plays a role as investors re-balance their portfolios. Although, the rush to sell on May 31 was unexpectedly widespread according to chief market strategist Michael ORourke cited by The Wall Street Journal.

Stocks prices were fluctuating between gains and losses in the last week of the month. The volatility was most likely triggered by Feds ambiguous signals about reducing the $85 billion monthly debt purchasing program. Fed officials have been discussing on whether the stimulus should be kept running.

A summary of the economic indicators of the months shows that consumer confidence climbed despite the weak economic growth and raise in job claims. Home values recorded a jump as the business activity was higher than expected. However the Q1 GDP missed estimates by 0.1%.

In company news, AIG, the insurance company reported a sharp decline of 3.79% after a Chinese Consortium missed a key deadline to make an acquisition possible on its aircraft leasing unit.

Among the staples stock, Krispy Kreme Doughnuts recorded a huge boost in share price of 21.46% after its quarterly report beat analyst  forecast.