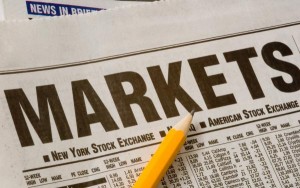 Dow Jones Industrial Index recorded a new record high to 15354.40, an increase of 0.8%. This is a third record high in last four sessions. The last minute raise in shares helped the index to overcome recent share loss in price. The other average also hit a record high. S&P 500 reached price of 1667.47 with a 1% increase recording a straight four week gain.

A question now is would the Fed pull back from supporting economy with stimulus and is the economy on a way of standing by itself, sustaining itself. The bond-buying program gave the economy a needed tap on the back. European and Asian markets also responded to recent improvements of US stock market. The Stoxx Europe 600 advanced by 0.2% due to raise in auto sector. Asia Chinas Shanghai Composite Index climbed 1.4%. Japans Nikkei Stock Average rose 0.7% finishing at a 52 week high.