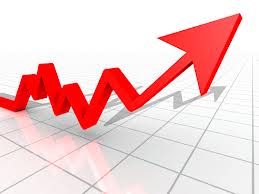 The DOW Jones Industrial average raised by 0.4% reaching a high sixth time in nine sessions.The S&P 500 added 0.51% increase also reaching a record high.The index has been constantly growing recording drops only on two sessions this month. Despite US economys struggle to get ahead indexes are presenting a good indication. The main suspects for yesterdays raise were American Express jumping by 1.8% and JP Morgan Chase which rose by 1.7%. The DJ Transportation Average grew by 0.8%. Nasdaq index shows a climb of 0.26%. Surprisingly for some the US stock market kept growing despite yesterdays disappointing readings and industrial indicators. Apple declined recently after news that Apaloosa Hedge Fund Management cut its holdings in the company.

European stock market following the US example was also experiencing not significant changes with a common trend of a slight raise.The Stoxx 100 slipped less than -0.1%.The EU markets are mainly flat due to high gains in previous sessions according to analysts. The stimulus of central banks is believed to continue pouring which would keep safe the Eurozone for now. Official numbers show recession in the Eurozone eased in first quarter of the year. Data also showed that France is entering into recession.

Dow Jones Industrial Average decreasing drastically at the opening of US markets today reflecting recent weak numbers of US housing market and Consumer Price index. Both indicators show numbers less than estimates which reduced the share prices prior to opening of market.